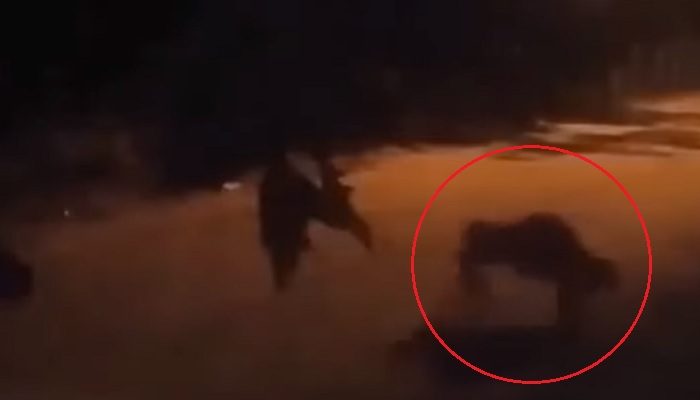 Is it perhaps a human with an extreme deformity, or something unknown?

A strange, scuttling ‘humanoid’ has been recorded in a video that has been doing the rounds this week.

A fair number of strange stories, pictures and videos have emerged from Latin America over the years and this latest clip – which was allegedly filmed in Costa Rica – is no exception.

As is often the case with videos like this, very little is known about the origins of the clip, the circumstances surrounding the recording or exactly when it was taken.

All we know is that it was originally posted up on Reddit by a user named ‘u/fit_then_fat’.

The footage itself shows a dog being spooked by what looks like a crab-like creature (described as a ‘humanoid’) that scuttles across the ground in an eerie, unnatural manner.

It would be fair to regard this video with a particularly large pinch of salt, especially given the potential for it to be a hoax created either using computer graphics or some sort of puppetry.

You can check out the video for yourself below – what do you think ?