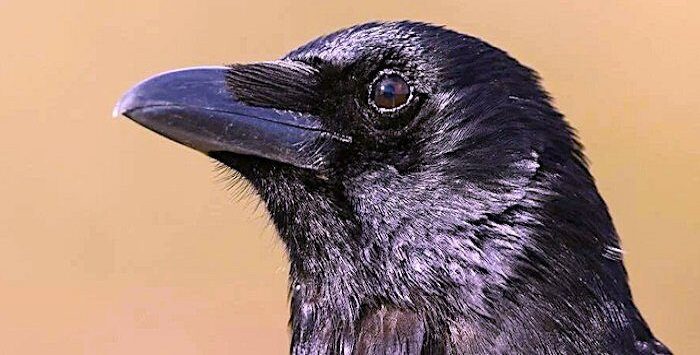 New research into the minds of crows has revealed a jaw-dropping finding: the canny corvids aren’t just clever – they also possess a form of consciousness, able to be consciously aware of the world around them in the present. In other words, they have subjective experiences.

This is called primary, or sensory, consciousness, and it had only previously been demonstrated in primates – which means we now may have to rethink our understanding of how consciousness arises, in addition to reconsidering the avian brain.

“The results of our study opens up a new way of looking at the evolution of awareness and its neurobiological constraints,” said animal physiologist Andreas Nieder of the University of Tübingen.

Consciousness is difficult to pin down in animals that don’t speak. It’s the ability to be aware of oneself and the world around you, to know what you know, and to think about that knowledge. It enhances problem-solving and decision-making – at both of which crows excel.

Primary consciousness is the most basic form of consciousness as we categorise it – awareness of perceiving the world in the present (and the immediate past and future). Primarily, it’s been associated with the primate cerebral cortex, a complex layered region of the mammalian brain.

But bird brains are structured quite differently from primate brains, and are smooth where mammalian brains are layered. So even though corvids – the bird family that includes crows and ravens – are incredibly smart, with cognitive abilities found in primates, questions remained over whether they could cross the line into conscious thought.

To find out, Nieder and his colleagues designed an experiment to test whether birds could have subjective experiences, and tested it on two carrion crows (Corvus corone).

First, the birds were trained to respond to visual stimuli. They were shown screens on which lights were displayed; if the crow saw the lights, they were to move their heads to show that yes, they had seen something. Most of the lights were clear and unambiguous, easy to see, and the crows reliably reported that they had seen them.

But some of the lights were a lot harder to spot – brief and faint. For these, the two crows sometimes reported seeing the signals, and sometimes did not. This is where the subjective sensory experience enters the picture.

For the experiment, each of the crows was shown roughly 20,000 signals, spread out across dozens of sessions. Meanwhile, electrodes implanted in their brains recorded their neuronal activity.

When the crows recorded a ‘yes’ response to seeing the visual stimuli, neuronal activity was recorded in the interval between seeing the light and delivering the answer. When the answer was ‘no’, that elevated neuronal activity was not seen. This connection was so reliable that it was possible to predict the crow’s response based on the brain activity.

“Nerve cells that represent visual input without subjective components are expected to respond in the same way to a visual stimulus of constant intensity,” Nieder said.

The results confirm that subjective experiences are not exclusive to the primate brain – and that the complex layering of the mammalian brain is not a requirement for consciousness. In fact, a second new study finds that the smoothness of bird brains is not indicative at all of a lack of complexity.

It’s possible that similar cognitive abilities evolved independently in both birds and mammals, a phenomenon known as convergent evolution. But it’s also possible that our brains are more closely related than their differences can suggest.

“Our findings suggest that it is likely that an ancient microcircuit that already existed in the last common stem amniote might have been evolutionarily conserved and partly modified in birds and mammals,” Stacho and his team write.

Nieder agrees with this possibility.

“The last common ancestors of humans and crows lived 320 million years ago,” he said. “It is possible that the consciousness of perception arose back then and has been passed down ever since. In any case, the capability of conscious experience can be realised in differently structured brains and independently of the cerebral cortex.”

This means primary consciousness could be far more common across birds and mammals than we’ve realised.

If this proves true, the next and possibly even more fascinating question is: do these animals also possess secondary consciousness? Are they aware that they are aware?