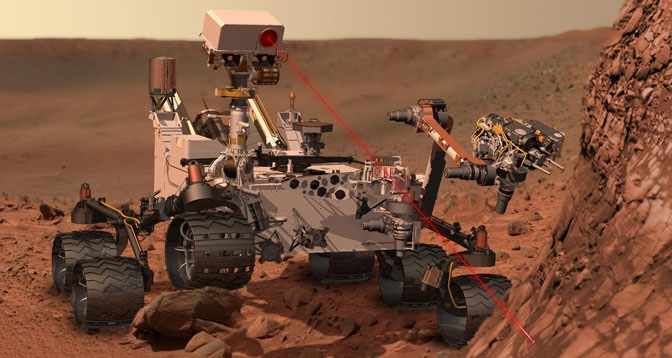 “”We’re finding things on Mars that are tantalizingly interesting…”

Carbon associated with biological processes has been discovered in samples analyzed by the rover.

It’s the news that everyone has been waiting to hear – possible evidence of ancient extraterrestrial life that scientists have speculated could have once thrived on Mars billions of years ago.

But don’t get too excited just yet because, as always with such discoveries, it is impossible to rule out alternative explanations and it will take further study (and possibly future missions) to know for sure.

The excitement surrounds the results of an analysis of powdered rock samples carried out by the rover’s on-board Sample Analysis at Mars (SAM) chemistry lab.

The results indicate the presence of a type of carbon usually indicative of biological processes.

“So we’re looking at what else could have caused the carbon signature we’re seeing, if not life.”

The key to determining whether or not the carbon is indicative of ancient alien life will be to take into account the differences between the Earth and Mars.

“The hardest thing is letting go of Earth and letting go of that bias that we have and really trying to get into the fundamentals of the chemistry, physics, and environmental processes on Mars,” said Goddard astrobiologist Jennifer L. Eigenbrode.

“We need to open our minds and think outside the box.”