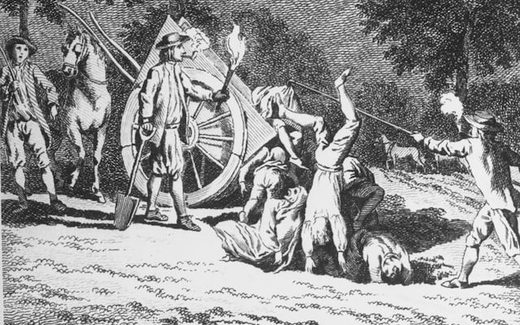 The bacteria that cause plague, or the Black Death, could be lying dormant in common soil and water sources, posing a serious public health risk, scientists have warned.

The finding, published in the journal Emerging Infectious Diseases, could explain why plague suddenly re-emerges without warning in countries such as Madagascar and even the United States.

In the middle ages the Black Death swept through Europe, killing an estimated 75 to 200 million people. It is no longer a global threat but the new research may explain its occasional outbreaks across the world.

David Markman, from Colorado State University who led the study, said that plague is endemic in many different parts of the world and its origins are still not well understood.

“The interesting and troubling part of plague, and part of the reason why there are so many unanswered questions, is that it is present in many different environments – from the jungle to the desert and everywhere in between.

“It’s difficult to find one mechanism that unites all these different locations which explains when, where and why plague breaks out when it does,” he said.

The researchers identified amoebae, bugs that live in soil and water and which are known breeding grounds for disease, as possible culprits that are protecting the plague pathogens.

The team took soil samples from the burrows of the prairie dogs of northeastern Colorado, known hosts of the plague, to test their theory.

The researchers isolated five species of amoebae and then combined them with plague bacteria to see how they would react.

Using a genetically altered strain of plague that glows bright green the scientists observed the amoebae ingesting the plague. They then saw that the plague pathogens were alive and replicating in the amoebae.

The team says their research does not mean that this process occurs naturally but is an important theory because scientists have never properly understood how plague recurs after lying dormant.

Mr Markman warned that his research had worrying implications for bioterrorism.

“Some nefarious agent or actor could easily infect an amoeba and the amoeba could be spread into the water supply or sprayed over a crop field.

“There are hundreds of other human and animal pathogens that can survive and multiply inside amoeba but throughout all humanity plague is the most deadly pathogen we have seen,” he said.

Plague is still a real threat with a particularly virulent outbreak in Madagascar killing 202 people last year. There are a handful of cases in the United States every year, with 16 cases including four deaths in 2015.

Tedros Adhanom Ghebreyesus, director general of the World Health Organisation, called on the international community to do more to help understand why plague outbreaks occur.

“WHO will continue to support plague preparedness, control and response, and we call on our international development partners to help us end human outbreaks.

“This will include better understanding of the wider factors that allow plague to spread, and strengthening national capacities to manage similar emergencies in the future,” he said.

The Telegraph is working with the Gates Foundation to raise awareness of global health security.