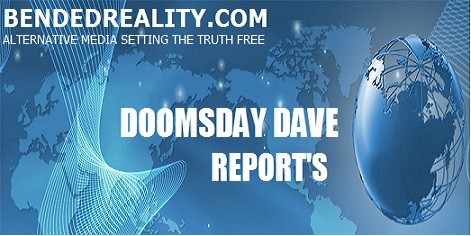 The planets in our solar system are changing and something has to be causing this, some say it is the effect of Planet X, what do you think? We value your opinion and would love to hear what your thoughts are so leave a comment. The link below is all about our planets changing.

Politics
Do you really want Hillary as president and commander in chief, personally I think you would be crazy to vote for her, but again this is my opinion but her track record speaks for itself. I know she appeals to a large number of females and I think they will vote for not because she is the best candidate but because of her gender.

My Articles vs Comments
I have had some comments on my articles accusing me of creating panic with some of you and if that is the case it is not intentional and for that I will apologies. My intent is not to create panic but just to waken people up to a potential catastrophic event wether it be Planet X or a massive earthquake etc. It really does not matter what kind of event it is or when it will happen, I just want people to be aware of the radical changes on our planet and also our neighbouring planets also. I can not be held responsible for posting or reporting topics on my sight much the same as NBC or CNN can be held responsible for people’s actions when they reported that there was an imminent earthquake off the West coast of the US which would create a tsunami. I do not have a crystal ball and I refuse to quote dates like others do on many sites as I think that by quoting dates without scientific evidence to support that is irresponsible.
Thanks for understanding my position.

For those of you that are new to Planet X and want to know about related subjects the following site is a very highly recommended one to visit to find out information about what our sun is doing and also the global weather such as storms etc. See video below.

Comments on the material posted on this site would be welcomed as we are striving to create one of the best and most accurate sites out there reporting on a wide range of topics. I think you will find that we do not fall into the same realm sites that makes outlandish statements or predictions that never come true. This site was never developed to just acquire hits but instead to be the best it can be without making sensational statements or wild predictions at the cost of not getting thousands hits.
I choose to write for sites that maintain a high standard and integrity.

Here is what the Seeker says,

“I have been looking into everything. Trying to get better facts. And I have come across things I have known about for around 30 years but never in this kind of detail. I am trying to get more in other parts I haven’t looked into yet. I think they all tie in together.
I told you about writing, and talking to Zecharia Sitchin. And about after the 3rd book, it left off kind of funny. So I had to find out what was going on. I wrote to him about all I was into, and all the books I have read. I then asked about how his last book just stopped. He sent back to me this note and a book cover for the next book that was about to be released in about 6 months. I have now read all of his books. One hell of a trip.
I will keep you posted on how I am coming. Right now my head is about to Explode with all that I have just found out. Now I am into fact checking on it, and trying to get more to fill in the holes.”

Stay tuned for more info. on this.

For those of you that don’t know who Zecharia Sitchin is, he is the Russian author of numerous books and he studied the Sumerian ancient text and he was the pioneer of the discovery that Planet X is approaching. Unfortunately Zecharia Sitchin passed away not to long ago but left a legacy behind him and opened up our minds to the possibility that Nibiru was entering our solar system and was going to pass earth in out life time.

DDD signing off
Watch out for meteors and asteroids we have been getting quite a few lately.

(Interested in being considered as guest writer for our site, why not CONTACT US  and let us know, we  would be glad to consider you for a guest writing opportunity.)