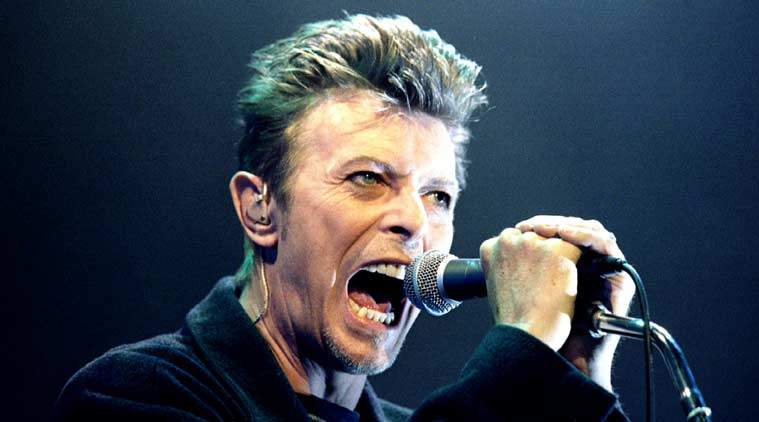 David Bowie and the Music of Space, Aliens and UFOs

There’s a hole in the world of music today with the news of the passing of David Bowie. His departure from the Earth at age 69 also marks the departure of Ziggy Stardust, Major Tom and the many space travelers, adventures and tales of aliens and other worlds he created with his music.

The first words of his first major hit foretold the direction that the career and music of David Bowie would take. “Space Oddity” was released on July 11th, 1969, five days before the launch of Apollo 11. Bowie predicted the pull this song and this music would inevitably have on his career with the last line: “Planet Earth is blue and there’s nothing I can do.”

Those lyrics are from “Starman,” a song on “The Rise and Fall of Ziggy Stardust and the Spiders from Mars,” David Bowie’s legendary concept album based on his alter-ego, Ziggy Stardust – a rock star messenger for extraterrestrials. The name of the band comes from an alleged mass UFO sighting on October 27, 1954, during a football game at Stadio Artemio Franchi in Florence, Italy. Play was halted when a group of cigar-shaped UFOs traveling at high speed reportedly stopped suddenly over the stadium filled with 10,000 people One player described glitter falling from the sky, a glitter that some compared to spider webs falling from spaceships from Mars. Was it migrating spiders or UFOs? 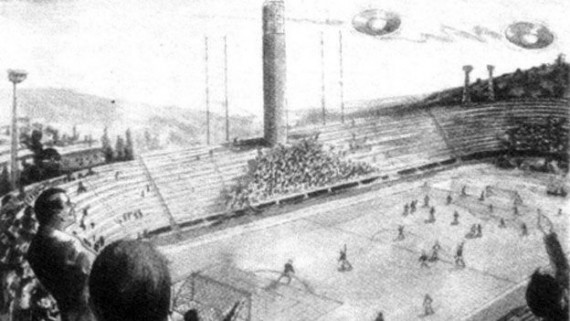 The inspiration for the Spiders from Mars

What did Bowie think of UFOs?

“They came over so regularly we could time them. Sometimes they stood still, other times they moved so fast it was hard to keep a steady eye on them”.

David Bowie often talked about seeing UFOs as a child in England. In her book about life with her husband at the time, (Backstage Passes, Life On the Wild Side with David Bowie), Angela Bowie claims they were driving in 1974 on a concert tour near Detroit and witnessed a UFO … a UFO that was later reported to have crashed in the area with four aliens on board, possibly after engaging with US Air Force jets. There have been rumors of such a crash around that time, including bodies being taken to a base and a TV crew being fired for reporting it.
Who knows? One thing we know for sure this morning … David Bowie has an answer to his question about life on Mars. Rest in peace, Starman.