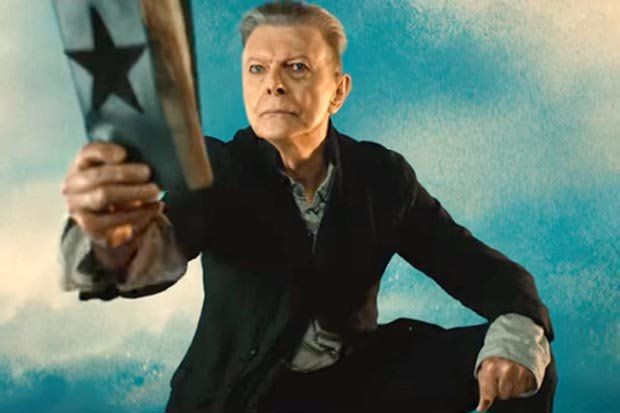 Doomsdayers are convinced the new release is a coded message telling us Earth is heading for a cosmic crash or catastrophic near miss with the fabled Planet X or Nibiru.

The impact has been prophesied for decades but a growing number of respected scientists are starting to believe our Solar System may contain another undiscovered planet – possibly a giant “Super Earth”.

Survivalists, UFO hunters and alien “contactees” are increasingly convinced the encounter is imminent – and are pointing to the “Space Oddity” singer’s new album as a further sign.

They have jumped on claims by a self-professed “Illuminati insider” that the secret society has sent Bowie to warn humanity of the impending disaster.

Kameran Failey – a Kurdish Brit who claims to have worked as an Illuminati banker in the City of London for many years – says the shadowy organisation has sent Bowie to warn the astral rendezvous is scheduled for August 2016.

Nibiru believers claim even if the planets miss each other, the immense gravitational pull will cause the Earth’s poles to reverse, shift continents and trigger massive tidal waves and volcanoes.

They had warned the impact was due by Christmas – or March 2016 at the latest – but the date seems to have been pushed back. 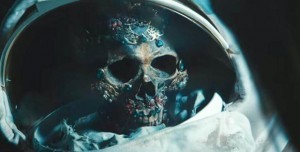 STARMAN: The Blackstar video is packed with references to space

WARNING: Is Bowie trying to tell us something?

Mr Failey says: “Blackstar is the Illuminati’s alert to the public of the coming of Nibiru.

“Everything to do with Blackstar is [the Illuminati’s] representation of what they expect to happen.”

Mr Failey said: “Everything on them is David’s attempt to alert the public on behalf of the Illuminati about what is going to come forward.

“Now the Illuminati is starting to declare what they expect to happen – which is the destruction of civilisation and the reconstitution of institutions.” 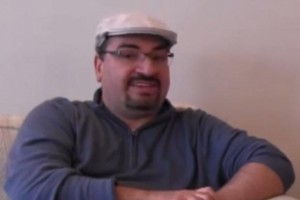 ILLUMINATING: Kameran Failey claims to have worked for the Illuminati

Blackstar’s lyrics don’t appear to be about a coming collision between Earth and another planet overtly – although there are references to “the day of execution” and an “angel” falling.

But they are abstract and could be interpreted a number of ways.

Lazarus contains the lyrics “look up here, man, I’m in danger, I’ve got nothing left to lose” – which again could be construed as about Nibiru.

But the eerie music video is seemingly packed with references.

A heavenly body seen as an eclipse appears throughout – as does a skeleton with a bejeweled skull in a spacesuit.

Many Nibiru devotees claim the planet is already appearing in the sky as a bright light – like a large star or second Sun.

In the video, a Messianic looking Bowie holds a book with a black star symbol – as if he is a prophet warning of the apocalypse.

But why would a musician – even one with a back catalogue packed with songs about space – be sent to warn us about the astral disaster?

Conspiracy theorists – who have eagerly been spreading Mr Failey’s reading of the album across the dark corners of the web – claim Bowie is connected to the Illuminati through real life occultist Aleister Crowley.

Crowley – who influenced a number of rock artists, including Led Zeppelin as well as Bowie – founded a number of religious orders based on ancient rites but there is no proof he was connected to the Illuminati.

The Illuminati really existed as a secret society in Bavaria in the 18th century but conspiracy theorists’ claims that it still controls world affairs in darkened rooms has never been convincingly demonstrated.

Mr Failey says the Illuminati are just playing by a religious rule that there can be no apocalyptic event without fair warning first.

He says: “There’s a principle – that the scriptures say is very important because it’s a benevolent way of doing things – that there is never a hit on all humanity, or a large group unless they have been warned – unless they know how to protect themselves from what’s coming.”

Nasa has come right out and flatly denied the existence of Nibiru, or a hidden “Planet X” in our Solar System.

But two separate teams of astronomers – one from Sweden and one from Mexico – reported they had identified a huge Planet X or brown dwarf star in our neighbourhood – which they named Gna – last month.

They made no claims it was going to plough into Earth – or Starman David Bowie would be sent to warn us first.