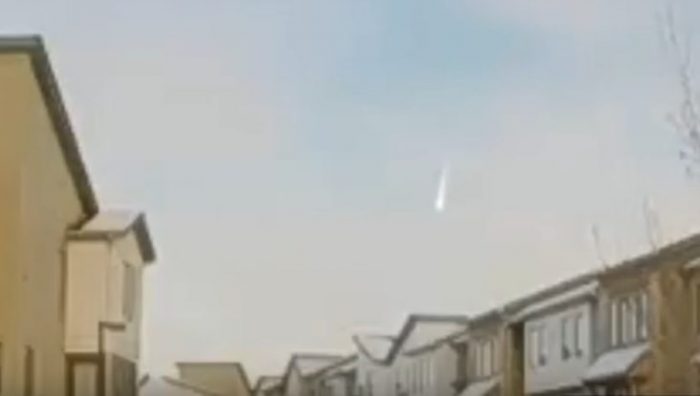 We typically see ‘shooting stars’ at night due to the obvious contrast ion light conditions which make them easier to spot, but there was a bright flash in the sky over Alberta on Saturday which might have been an unusual daytime meteor fireball sighting.

The trail of light was captured on film by several viewers in the province, including Tim Wiebe, who found his doorbell camera spotted the streak.

Managed to catch a #meteorite on my doorbell camera 😏 https://t.co/24FlUBuehB#Calgary #Alberta

According to the American Meteor Society (AMS) website, 20 people in Alberta reported seeing the potential fireball just after 5 p.m. MST on Saturday. Most of those who registered their sightings were in the Calgary area and said the apparent meteorite was visible for between 1.5 and 3.5 seconds in the twilight sky. The Sun sets around 5:40 p.m., local time, in Calgary at this time of year.