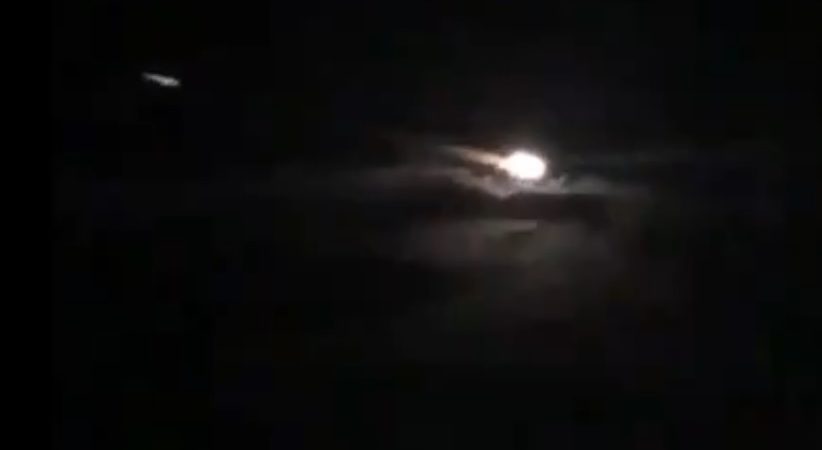 A fireball which blazed through the night sky, falling apart in a fireworks display and dazzling the residents of Guam, was captured in multiple astounding videos, triggering disputes over its origins.

Hundreds of people witnessed the mysterious ball which was seen darting across the sky in the US territory, Guam in the western Pacific on Friday night, some capturing spectacular pictures and videos of the spectacle.

The unusual event triggered heated debates over the origins of the bright object that apparently fell apart and burned up in the atmosphere.

Did you see it? @GHSOCD says about the bright light: "Around 11:25pm a possible meteorite was recorded. It appeared to have landed NE of Saipan waters. There has been no ground impact recorded at this time. There are no reports of tsunami impacts to the Marianas at this time." pic.twitter.com/JKZNJqavxc

While a UFO theory predictably cropped up among the believers, most observers agree it was either a meteor or a piece of space junk – most likely a Chinese booster re-entering the atmosphere following the Long March 5 rocket launch earlier in the day.

Some, however, reportedly panicked, thinking it could be a missile from North Korea, as its cryptic warning to the US about a ‘Christmas gift’ has yet to materialize.