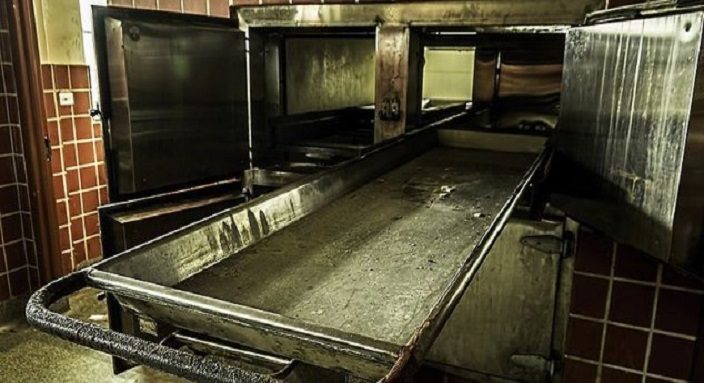 ‘Dead’ Man is Found Alive After Night in Morgue Freezer

Can you just imagine if he had regained consciousness while in there with no light, cold and quiet?!

A man in India who was involved in a motorcycle accident was not quite as dead as doctors had believed.

45-year-old Srikesh Kumar, who sustained serious injuries after being hit by a motorcycle in Moradabad, was rushed to a private medical facility where he was promptly pronounced dead by a doctor.

“The emergency medical officer examined him,” said hospital superintendent Rajendra Kumar. “He did not find any signs of life and hence declared him dead.”

After the police were notified about his demise, his body was place in a mortuary freezer to await a postmortem analysis which was scheduled to be carried out the following day.

When his family arrived to initiate the paperwork for the autopsy, however, everyone was shocked to discover that Srikesh was in fact very much alive despite spending six hours in the morgue.

He was quickly rushed back to the clinic for treatment where he currently remains in a coma.

“This is nothing short of a miracle,” said Rajendra.

An investigation has since been launched to determine how this could have happened.

It is not clear whether or not he will survive the ordeal.