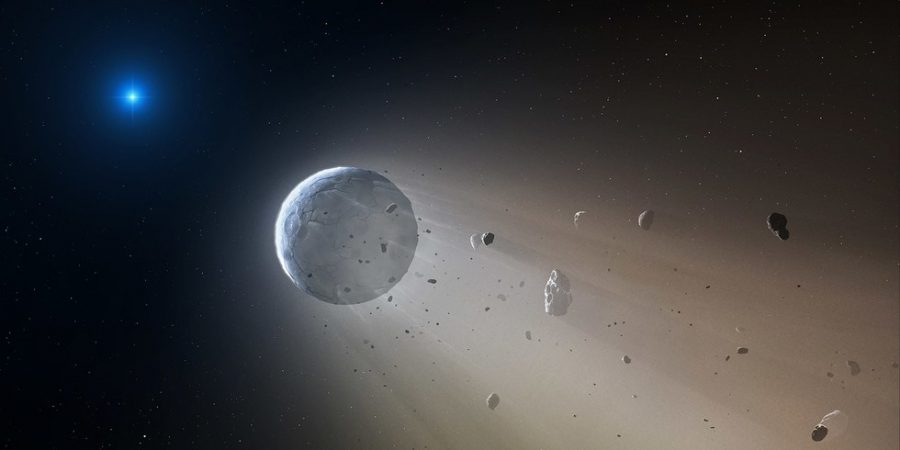 In what could be a spooky preview of Earth’s fate, some dead planets are broadcasting radio waves long after their demise and scientists are hoping to tune into the strange zombie sounds.

The planets, which have been stripped to their cores by the stars they orbit, can form a circuit with the star that has destroyed them, creating radio waves that can be picked up on Earth, new research published in the Monthly Notices of the Royal Astronomical Society explains.

In an incredibly violent process, when some stars reach the end of their lifespan, they can expand and burn all nearby planets, leaving them as orbiting metallic cores, before shedding their own outer layers and turning into a white dwarf.

The white dwarf and the remaining cores of its surrounding planets can form a circuit and start emitting radio waves, as radiation emitted from the circuit can be picked up by radio telescopes on Earth.

Scientists now plan to find these communicating dead planets by detecting their zombie signals, which would be an exciting breakthrough, as no one has found a major planet or its core just by monitoring magnetic signatures.

“We think that our chances for exciting discoveries are quite good,”said lead researcher Dimitri Veras from the University of Warwick.

The scientists need to find out how long the cores can survive after their layers have been stripped, although their modelling found that in a number of cases, the cores could survive for up to a billion years.

Veras explains that in order for a planet to be left with just its core, “it would have been violently stripped of its atmosphere and mantle at some point and then thrown towards the white dwarf.”

The discoveries could therefore give us an eerie preview into our own planet’s future demise, as it too could end up being nothing more than a dead core in a few billion years if our solar system evolves in a similar way.

RT
Headline Image:
A white dwarf star vaporizes a minor planet as it orbits around it © CfA / Mark A. Garlick / NASA