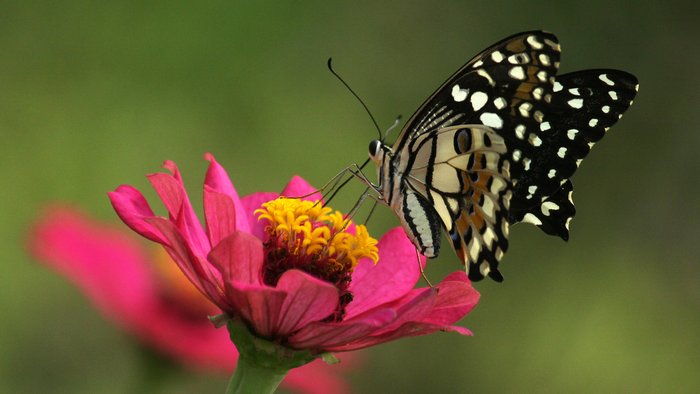 Declining Insect Population Could Lead to ‘Collapse of Nature’

Worrying decline in insect populations across the world highlighted in new comprehensive review.

The study, which is based on 73 historical reports, has revealed that the decline in insect populations around the world is happening eight times faster than that of mammals, birds and reptiles.

Within the next few decades, as much as one third of all insect species could disappear.

Butterflies, moths, bees, beetles and aquatic insects are thought to be most at risk of going extinct.

“Our work reveals dramatic rates of decline that may lead to the extinction of 40 per cent of the world’s insect species over the next few decades,” the researchers wrote.

“From our compilation of published scientific reports, we estimate the current proportion of insect species in decline (41 per cent) to be twice as high as that of vertebrates, and the pace of local species extinction (10 per cent) eight times higher, confirming previous findings.”

A combination of factors including habitat loss, pollution, global warming and over hunting are believed to be responsible for this decline.

The outlook is worsened by the fact that insects are an important part of the world’s ecosystems, meaning that their disappearance will have dire consequences for other species.

“Unless we change our ways of producing food, insects as a whole will go down the path of extinction in a few decades,” the researchers wrote.

“The repercussions this will have for the planet’s ecosystems are catastrophic to say the least.”