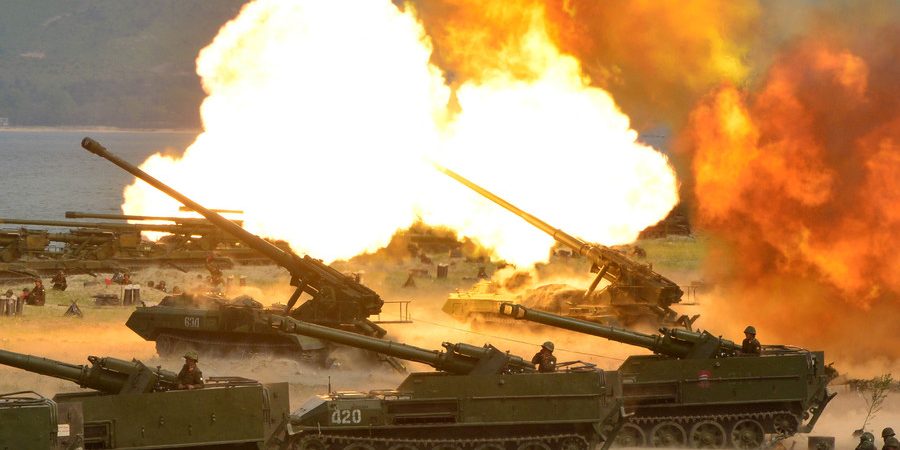 Defense Secretary Mattis Warning To North Korea: ‘You Will Lose’

After Trump’s inflaming “Fire and Fury” comment (which can be seen in the video towards the end of the article), things seemed to have taken a slight turn for the worse as North Korea seemingly left with no choice but to respond to his threatening words and have upped the ante and decided to then threaten nearby Guam where large number of US troops are stationed. I dare say this shows exactly the inexperience of Donald Trump and why so many feared his presidency could spell apocalypse for the world.

The US and its allies are confident they can win a war with North Korea, Defense Secretary James Mattis said, warning Pyongyang to refrain from any actions that could mean the end of its government and the “destruction” of the North Korean people.

“While our State Department is making every effort to resolve this global threat through diplomatic means, it must be noted that the combined allied militaries now possess the most precise, rehearsed and robust defensive and offensive capabilities on Earth,” Mattis said in a statement on Wednesday. “The DPRK regime’s actions will continue to be grossly overmatched by ours and would lose any arms race or conflict it initiates.”

Mattis further warned Pyongyang to refrain from “any consideration of actions that would lead to the end of its regime and the destruction of its people.”

"The DPRK regime’s actions will continue to be grossly overmatched by ours and would lose any arms race or conflict it initiates." – Mattis pic.twitter.com/F9kJlJYilh

The warning comes after President Donald Trump said that any threats from North Korea will be met with “fire and fury like the world has never seen.”

On Tuesday, US intelligence agencies said that North Korea has developed nuclear warheads small enough to be used in its ballistic missiles.

While previous US estimates said that Pyongyang would not be able to develop intercontinental missiles for several more years, intelligence agencies said they now believe North Korea possesses the capability to target most of the continental US right now.

Secretary of State Rex Tillerson said that Trump’s warning was “a strong message to North Korea in language that Kim Jong-un would understand, because he doesn’t seem to understand diplomatic language.”

North Korea poses no imminent threat to the US and “Americans should sleep well at night,” Tillerson said on his way back from a trip to Southeast Asia.

The US administration is speaking with one voice on the issue of North Korea, State Department spokeswoman Heather Nauert told reporters who brought up the apparent differences in tone between Tillerson, Trump and Mattis.

“We are all singing from the same hymnbook,” Nauert said, prompting AP’s Matt Lee to ask if they were all “singing the same hymn.”

The UN called for the resumption of negotiations for “the verifiable denuclearization of the Korean Peninsula in a peaceful manner,” and urged Washington and Pyongyang “to respect each other’s sovereignty and exist peacefully together.”

North Korea responded to the sanctions by saying there is “no bigger mistake than the United States believing that its land is safe across the ocean,” according to the state news agency KCNA.

“It’s a wild idea to think the DPRK will be shaken and change its position due to this kind of new sanctions formulated by hostile forces,” AP reported, citing the agency.

On Tuesday, Pyongyang said it was developing contingency plans for an attack on Guam, a US territory in the Pacific with a substantial military presence.

The harsh statements by Trump and Mattis don’t mean that a nuclear war is about to start on the Korean Peninsula, former Pentagon official Michael Maloof told RT.

“You’re talking about the personality of Donald Trump. He’s by nature bombastic, confrontational. He’s done this before with North Korea and then he backed off. He put Iran on notice – nothing happened,” he said.

According to Maloof, it’s more important to listen to what Secretary of State Rex Tillerson has to say on the North Korean issue, as the top US diplomat is “taking a much more moderate approach, namely: ‘We’re not up for regime change. We’re not out to destroy the country.”

The fresh American warnings to Pyongyang are “almost like a ‘good cop, bad cop’ approach,” he said, adding that their other aim is to persuade China to put greater pressure on North Korea.