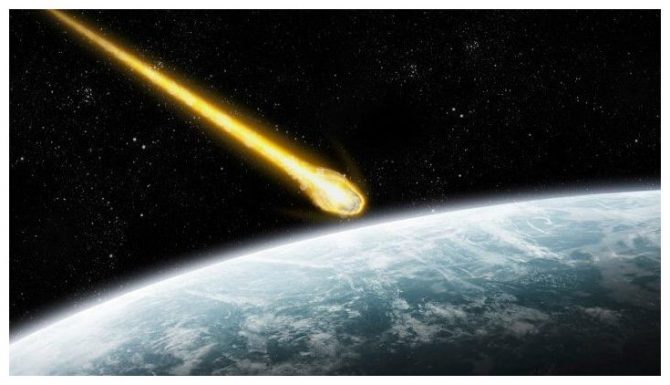 by Lacy James
via wbckfm.com

Some Allegan County residents claim to have seen a huge fireball coming from the sky before crashing into Allegan Lake.

Some residents in Allegan are left scratching their heads this morning wondering just what happened Sunday evening. An Allegan area resident posted to a social media group called Allegan County Informed on the evening of Sunday, December 27 stating he saw a large fireball come from the sky before crashing into Allegan Lake.

The alleged fireball and resulting crash into Lake Allegan was said to have happened around 6:50 p.m. to 7:00 p.m.

The resident that claimed to see it all said he saw a “Crazy purple greenish color it made a high pitched squeal going through the sky” before it crashed in or near Lake Allegan.

Two county residents said they too had seen a bright flash around that time while on M-40 heading into Allegan near Littlejohn Lake.

While many commented that while they had not seen or heard anything at that time they did however experience their electricity flickering with at least one resident saying their power was out for about a minute before returning.

A dispatcher with Allegan County said that she had not heard anything of the incident. In fact, she said as she came in for her shift early Monday morning, the outgoing dispatchers from the night shift said that it had been a quiet night.

Many commented on the post about their own theories of what happened Sunday night. Not surprisingly some good-humored residents suggested that “aliens” had finally come while another area resident said they hoped Superman had finally come to save us.

Whether it is a joke, a meteorite, or perhaps aliens remains unknown at this time.