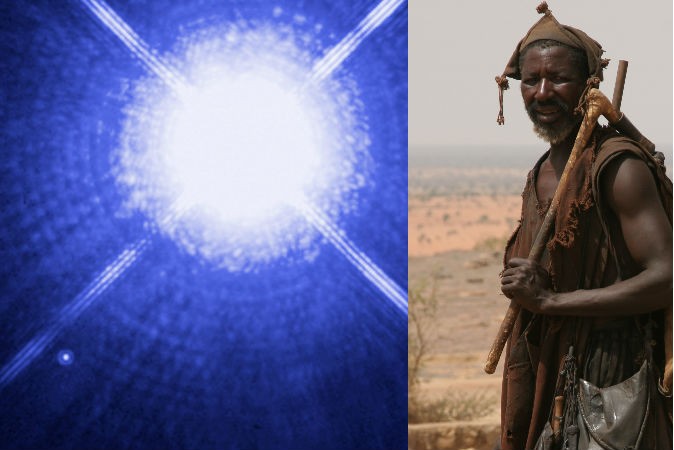 SEEN IN THE HEADLINE PIC ABOVE – Left: Sirius A and Sirius B, shown in an image taken by the Hubble Space Telescope. The white dwarf can be seen to the lower left. (NASA, ESA, H. Bond/STScI, M. Barstow/University of Leicester) Right: A man of Mali’s Dogon tribe. (Ferdinand Reus/Wikimedia Commons)

Skeptics and proponents of the ancient aliens theory have faced off for decades on the issue of the Dogon tribe’s allegedly advanced astronomical knowledge.

Here’s a look at some of the arguments on both sides concerning this tribe from Mali, Africa, and its purported knowledge of the motions of a star not visible on Earth without modern telescopes.

What The Dogon Are Said to Have Known

Sirius is the brightest star in the sky and had a prominent place in many ancient cultures. Sirius, which is about 8.7 light years from Earth, has a white dwarf companion star, Sirius B. Sirius B cannot be seen with the naked eye, and astronomers first guessed at its existence in the 1830s. They mathematically developed a theoretical model of its orbit around Sirius (now referred to as Sirius A) later in the 19th century.

The astronomers knew that Sirius B must be made of a super dense matter, but the specifics were beyond their comprehension until quantum physics helped explain it in 1926. In 1894, irregularities in the movement of Sirius B led astronomers to consider that a third star, Sirius C, may exist and exert an influence on Sirius B’s orbit. It is still a matter of debate whether Sirius C exists or not. 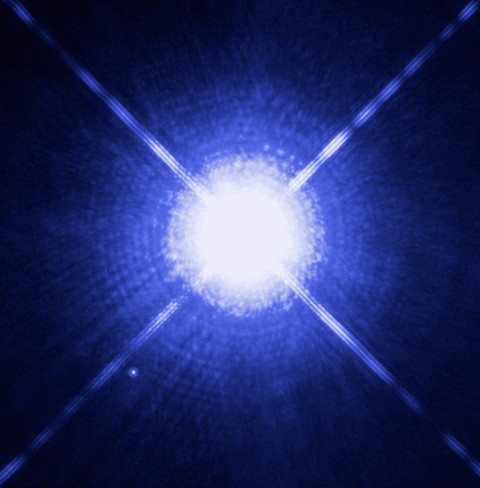 Sirius A and Sirius B as seen by the Hubble Space Telescope. The white dwarf can be seen to the lower left. (NASA, ESA, H. Bond/STScI, M. Barstow/University of Leicester)

The Dogon are said to have known all of this centuries before Western astronomers began contemplating it. For them, Sirius is a three-star system. They allegedly accurately describe Sirius B: they say it is a companion star for Sirius that is invisible from Earth, that it has a 50-year orbital period, that it travels around Sirius A along an elliptical path, and it is made of a heavy substance not found on Earth. 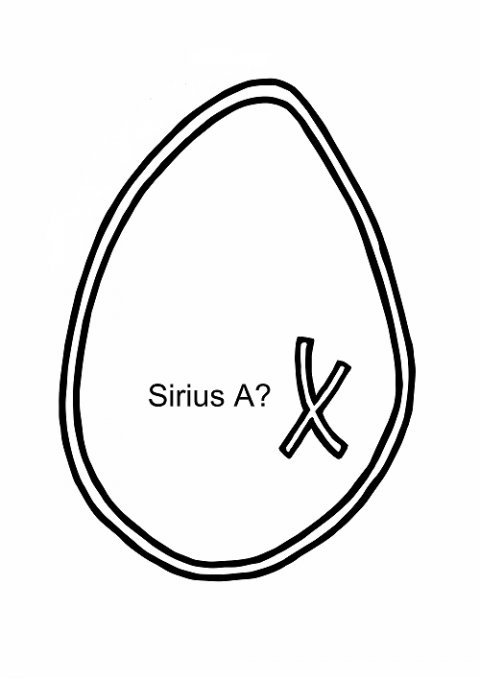 The Dogon are also said to have understood that the Earth and other planets rotate on their axes, that they orbit the sun, that Jupiter has four moons, and that Saturn has a ring around it.

An article by NASA’s Chandra observatory stated: “Carl Sagan commented in his book, ‘Broca’s Brain,’ the conclusion about planetary orbits, though a rare insight, is one that can be achieved without high technology, as demonstrated by some Greeks and Copernicus. As for the moons of Jupiter, and Saturn’s ring, with a combination of extraordinary eyesight and perfectly clear skies, it just might be possible to see them without a telescope.”

Could The Dogon Have Somehow Seen Sirius B Themselves?

But skeptics and ancient aliens proponents generally seem to agree that the Dogon could not have observed Sirius B or its orbit around Sirius A themselves.

The only way Sirius B would have been visible to the Dogon (and all other cultures) is if it were a red giant a few thousand years ago, according to Liam McDaid, an astronomy professor at Sacramento City College and a senior scientist for non-profit organization The Skeptic Society. If this were the case, anyone could have easily observed both Sirius A and Sirius B in action. Some say the ancients indeed described Sirius as a red giant.

But, McDaid explained in an article written for the society: “One problem with this idea is that Sirius B has been a white dwarf for at least tens of thousands of years. If Sirius B had been a red giant only a few thousand years ago, there would still be a bright and noticeable planetary nebula around it today. No such nebula is seen.” 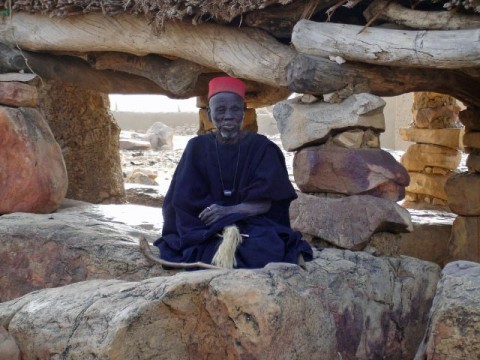 “The second problem is that ancient writers seemed to use color for stars in a way different from the way that we do (they described Pollux, Arcturus, and Capella as ‘red’—a modern observer would call them yellow-orange, orange, and yellow, respectively).

“And finally, even if Sirius B had been a visible red giant a few thousand years ago, how would the Dogon know that Sirius B was still there after it became a white dwarf?”

McDaid concluded, as did famed astronomer Carl Sagan, that the Dogon’s knowledge of Sirius B must have come from an advanced culture.

What are the Chances of Receiving the Knowledge From Western Contact?

The theory that the Dogon possessed this advanced knowledge of Sirius B is based on the anthropological accounts of Dr. Germaine Dieterlen, the Secretary General of the Société des Africainistes at the Musée de l’Homme in Paris, and Dr. Marcel Griaule who visited the tribe together in the 1930s.

Robert Temple’s book “The Sirius Mystery,” published in 1976, popularized the ancient aliens theory as an explanation of the Dogon’s knowledge. He refuted the arguments given by Sagan for why the Dogon may have gained the astronomical knowledge through contact with the Western world.

In an open letter to Sagan, written in 1981, Temple stated: “As [Dr. Dieterlen] has spent most of her life living with the Dogon and knows them and their traditions more intimately than anyone else alive, her opinion on a possible Western origin for the Sirius traditions of the Dogon is of the highest importance. She answers such suggestions with a single word: ‘Absurd!’”

During an interview for a BBC special, she had shown a 400-year-old Dogon artifact representing the three stars of the Sirius system. This part was edited out of the American broadcast, Temple said, which may be why American skeptics have overlooked this evidence and Dieterlen’s testimony.

In a sober and lucid interview for a rather bizarre show, “Talk Psychic,” Temple stated: “If you ask the Dogon, they will tell you, and that’s what nobody else wants to hear. They say that their ancestors were given the information from visitors from the system of the star Sirius.”

“They say that their ancestors were given the information from visitors from the system of the star Sirius.”
— Robert Temple

Temple said the knowledge of the Sirius system is pervasive in Dogon culture, “embodied in … hundreds or thousands of objects, symbols, woven blankets, carved statues, et cetera.” He thinks it is impossible that the knowledge could have seeped into the culture so quickly from the time Western astronomers made these discoveries to the the time Dieterlen and Griaule began their research in 1931. 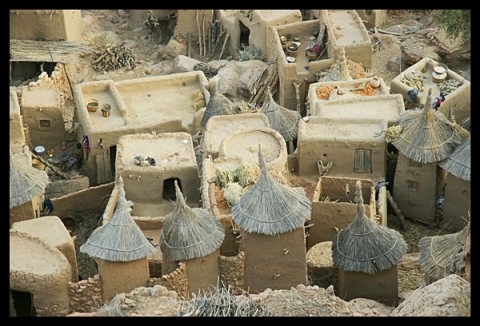 “And how these hundreds or thousands of objects are meant to have been expertly fabricated fakes purporting to be centuries old … baffles me even more,” he continued. “It is considerations like these and many more (such as the tribal sacredness of the tradition making it unlikely that it could have come from Western intruders who would not have been highly regarded or in the confidence of the meticulous and traditional priests) which lead Dr. Dieterlen to reject the suggestion of Western origins as ‘absurd.’”

In 1979–1980, anthropologist Walter van Beek studied the Dogon. He found the Dogon cosmology much different than reported by Griaule and Dieterlen. Van Beek said the Dogon understanding of the Sirius system was not clear or unified. He received various explanations from various Dogon sources, and some of them said what they knew of the system came to them from Griaule.

Griaule has been criticized for using leading questions and planting the astronomical knowledge in the Dogon.

Griaule has been criticized for using leading questions and planting the astronomical knowledge in the Dogon, while Griaule’s daughter Genevieve Calame-Griaule has also criticized van Beek’s methods. It is unclear whether changes in the Dogon since the 1930s may account for van Beek’s findings.

The Dogon’s contact with Western society, with people who would have known of the astronomer’s discoveries, was limited in the 19th century into the early 20th century. But, some interaction did occur, so it is not impossible that they came into contact with the information this way. Even if they did, however, is it possible they already had this understanding of the Sirius system?