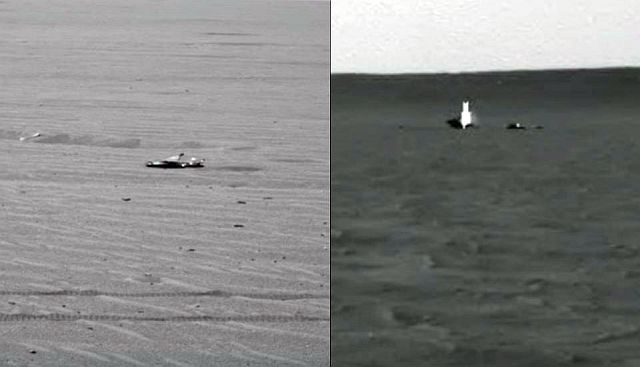 Streetcap1 believes he has found strange objects in images NASA’s Mars Opportunity rover took in 2005. He wonders whether these objects are extraterrestrial or not.

The first image shows something something what looks like an alien craft, while the second image appears to show a white Martian object in the distance.

As usually there is much discussion on social media on these objects.

The white Martian object could be an alien, a humanoid, while something bigger standing behind the humanoid. Explanations for the object in the first image vary from an alien craft to a Mars vehicle with begs, etc.

Without doubt, many images captured by the Opportunity and the Curiosity have already shown overwhelming evidence of past and present ‘intelligent’ life on Mars but if we take a closer look at the two objects depicted in the 2005 images it’s clear that it has nothing to do with aliens, humanoids or any kind of alien craft or vehicle. 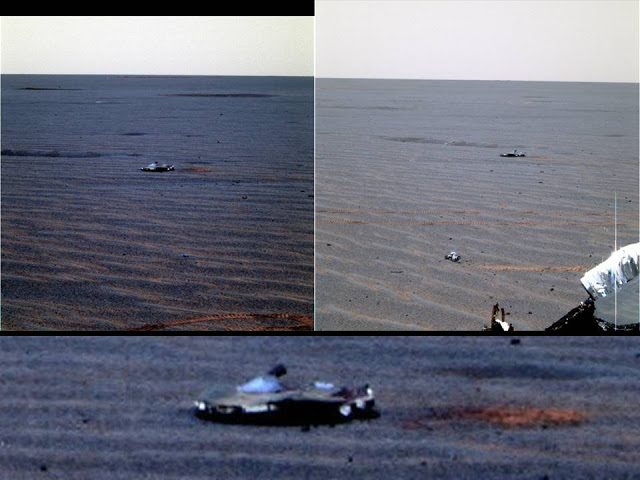 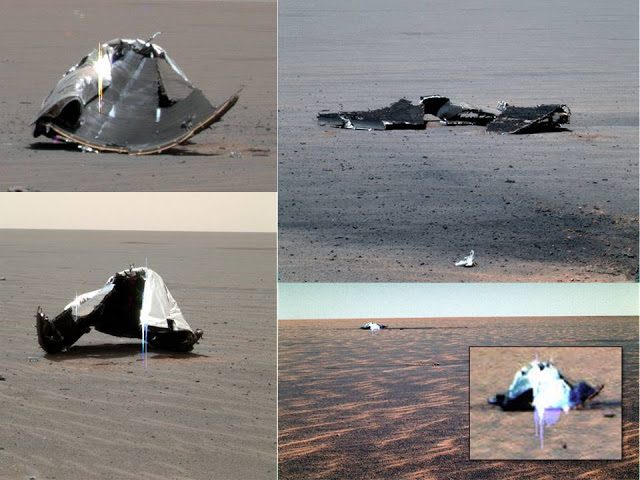 Above images were taken by the Opportunity in 2005 (SOL 319 to SOL 344) and show besides the heat shield, several other parts of the Lander Shell as well as some mechanical parts reflected by sunlight.