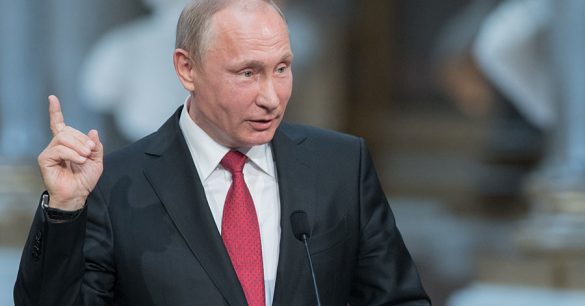 Has Russian President Vladimir Putin joined the ranks of conspiracy theorists who believe that many world leaders – excluding himself and his Russian counterparts – are aliens working with the Men in Black? In a wide-ranging interview this week with the French newspaper Le Figaro, Putin may have let something slip out unintentionally:

I have already spoken to three US Presidents. They come and go, but politics stay the same at all times. Do you know why? Because of the powerful bureaucracy. When a person is elected, they may have some ideas. Then people with briefcases arrive, well dressed, wearing dark suits, just like mine, except for the red tie, since they wear black or dark blue ones. These people start explaining how things are done. And instantly, everything changes. This is what happens with every administration.

Is Putin implying that U.S. presidents – at least the last three – know about the existence of UFOs and alien or are aliens themselves being kept in line by the same government agents dressed in black who have allegedly been seen by many UFO witnesses after speaking openly about their sightings? He said “wearing dark suits just like mine.” Photos of the interview show that Putin was wearing a black suit. He also said that when they show up, “everything changes.” Those might seem to be two small dots that may just be coincidental and not enough to draw a picture of Putin revealing the existence of Men in Black. Except …

On December 7, 2012, then Russian Prime Minister Dmitry Medvedev was answering questions after a television interview. When he believed the microphone was off, he gave the following answer when he was asked if “the president is handed secret files on aliens when he receives the briefcase needed to activate Russia’s nuclear arsenal”:

Along with the briefcase with nuclear codes, the president of the country is given a special ‘top secret’ folder. This folder in its entirety contains information about aliens who visited our planet… Along with this, you are given a report of the absolutely secret special service that exercises control over aliens on the territory of our country… More detailed information on this topic you can get from a well-known movie called Men In Black… I will not tell you how many of them are among us because it may cause panic. 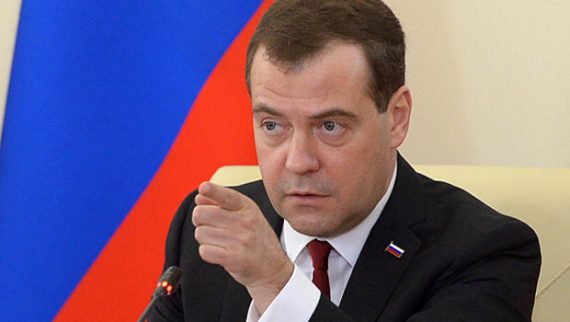 Medvedev was referring to a controversial Russian documentary film titled Men in Black that was translated into English and released on Youtube. While some witnesses said the prime minister appeared to be serious, the Russian government showed it can spin as well and as fast as its counterparts by saying that the true meaning of his comment was lost in translation and that he was just joking. Except …

Earlier this week, Stephen Bassett, the executive director of the Paradigm Research Group International (PRG) and the first ET and UFO disclosure lobbyist in the U.S., revealed that he met in May with former Soviet and Russian military and agency officials who are now involved in that country’s UFO and alien disclosure movement in an attempt to convince Vladimir Putin to become the first world leader to acknowledge the existence of UFOs and extraterrestrials.

Does this add more and bigger dots to the picture? Is Vladimir Putin (and earlier, Dmitry Medvedev) being taken out of context or is he slowly and slyly preparing the world for a big revelation?

Will the Men in Black stop him or are they too busy in Washington?