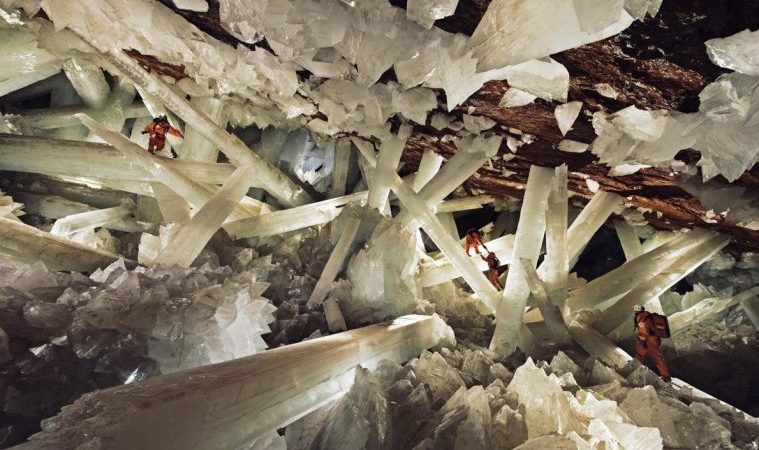 Trapped inside massive crystals deep in a Mexican cave, creatures have been discovered that subsist on iron, sulfur, and other chemicals. The researchers say the microbial lifeforms are new to science, but have been tucked away for tens of thousands of years.

Should the discovery be verified, it will add to evidence that “microbial life on Earth can endure harsher conditions in isolated places than scientists previously thought possible.”

“These organisms have been dormant but viable for geologically significant periods of time, and they can be released due to other geological processes,” explains NASA Astrobiology Institute director Penelope Boston.”This has profound effects on how we try to understand the evolutionary history of microbial life on this planet.”

However, such a discovery does raise concerns about our search for life beyond this planet, despite the rigorous sterilization spacecraft undergo before a mission. “How do we ensure that life-detection missions are going to detect true Mars life or life from icy worlds rather than our life?” Boston questions. “Aspects of my work illustrate the extreme toughness of life on Earth and the restrictions that places on us.” 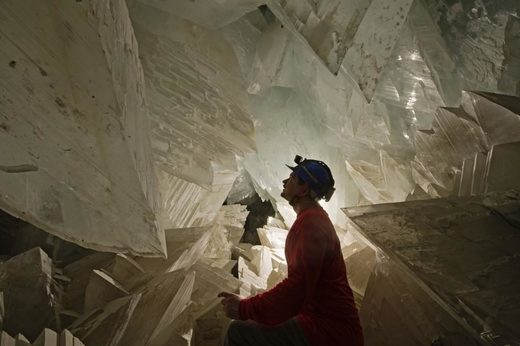 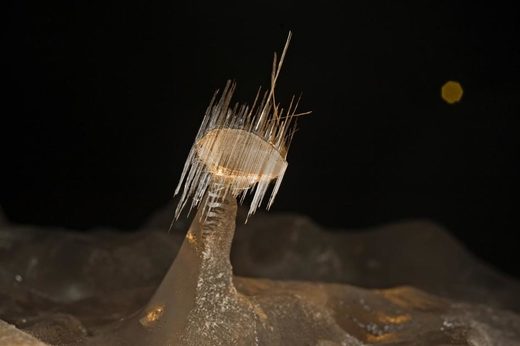 The microbes were found inside the Cave of Crystals, which is part of the Naica mine in the northern state of Chihuahua. Upon hauling up lead and silver, which involved pumping groundwater out of the expansive underground caverns, a labyrinth of milky-white crystals — some more than 30 feet long — were stumbled upon.

Boston was able to take samples from pockets of fluid trapped inside the crystals back in 2008 and 2009. Her team then woke the dormant microbes up in that fluid and grew cultures. It is thought that the organisms they now have growing in the lab are between 10,000 and 50,000 years old.

Though the work hasn’t gone through the peer-review process yet, which makes it difficult for other experts to weigh in on the findings, Brent Christner, a microbiologist at the University of Florida in Gainesville, says that “reviving microbes from samples of 10,000 to 50,000 years is not that outlandish based on previous reports of microbial resuscitations in geological materials hundreds of thousands to millions of years old.”

Other scientists have reported on ancient microbial life discovered in glacial ice, encased in amber, and trapped in salt crystals, but Christner notes that “the amount of skepticism associated with these studies usually correlates directly with the age of the claim.”

One of the biggest setbacks is that no one knows just how long life of any kind can survive dormant. As for the organisms from Naica, Christner says that, “Perhaps they are surviving by eating dead microbes that weren’t so lucky.”

“I think that the presence of microbes trapped within fluid inclusions in Naica crystals is in principle possible. However, that they are viable after 10,000 to 50,000 years is more questionable,” explains microbiologist and study co-author Purificación López-García of the French National Center for Scientific Research.

“Contamination during drilling with microorganisms attached to the surface of these crystals or living in tiny fractures constitutes a very serious risk,” continues López-García. “I am very skeptical about the veracity of this finding until I see the evidence.”

However, Boston urges that her team was diligent in avoiding contamination. “We have also done genetic work and cultured the cave organisms that are alive now and exposed, and we see that some of those microbes are similar but not identical to those in the fluid inclusions,” she says, and refers to the microbes her team collected as “a precious resource, and we want to make it available to other folks. There’s still a lot of work to do to infer anything about their history and movement and genetic relations.”