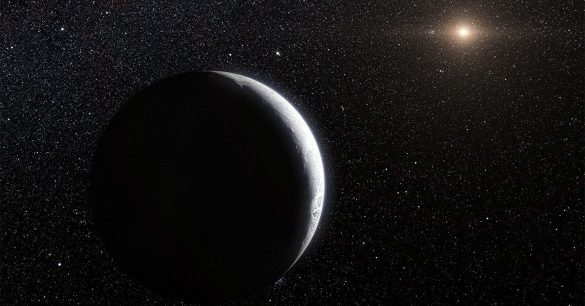 Astronomers have discovered a new small icy world that’s acting like no solar system object – planet, dwarf, asteroid or otherwise – has ever acted before. It’s so strange, they can’t even decide whether to blame its odd orbit on Neptune or the yet-unproven Planet Nine. Have they discovered the solar system’s missing link?

“It’s right at the limit of what we can detect.”

“It” is L91, a tiny frozen object announced by astrophysicist Michele Bannister of Queen’s University Belfast at the recent meeting of the American Astronomical Society’s Division for Planetary Science. It was discovered by astronomers using the Canada-France-Hawaii Telescope at Mauna Kea in Hawaii. L91 takes 20,000 years to complete one orbit around the sun due to the fact that it never gets closer than 50 astronomical units (AU), which is 50 times the distance between Earth and the sun. 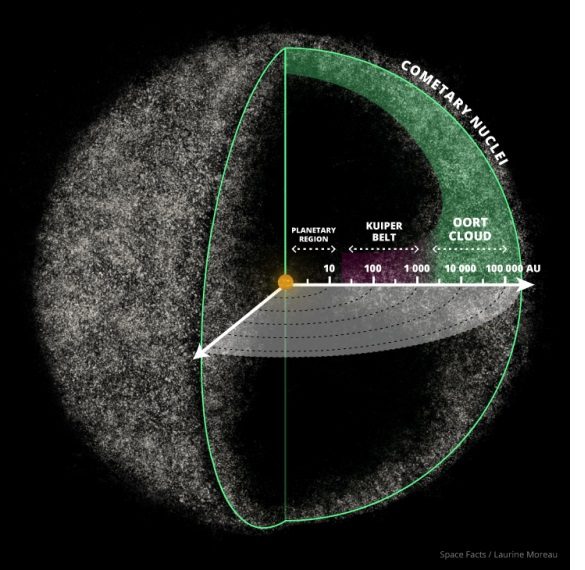 “Every time we find another one of these objects, it adds another piece to the puzzle.”

Meg Schwamb, a planetary scientist at the Gemini Observatory in Hilo, Hawaii, admits that L91 is a puzzle piece, but is it the missing piece that proves Planet Nine? The size, shape and the distance of its orbit would be enough to classify L91 as odd, but its movement moves it into the category of mysterious. L91 is the first solar system object ever discovered that appears to be relocating from the Oort cloud – the physical outer limit of the solar system filled with icy planetesimals – and the Kuiper Belt – the closer-in home of dwarf planets Pluto, Haumea, and Makemake. 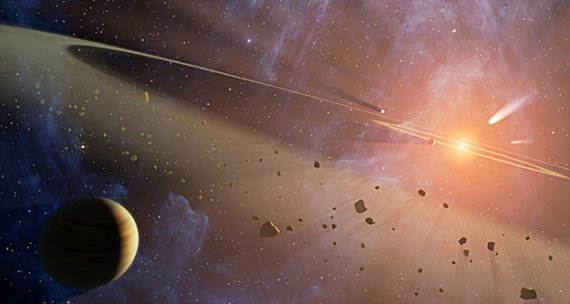 The cause of L91’s unique relocation from Oort to Kuiper is forcing astronomers to rethink what gravitation forces determine the size and shape of various solar system objects. The conventional theory is that Neptune is responsible for changing L91’s orbit from its original circle to its current ellipsis by pulling on it every time it goes past. However, the move from Oort to Kuiper may require a bigger push and some astronomers are suggesting L91 is being influenced by a passing star or the sheer force of the Milky Way. 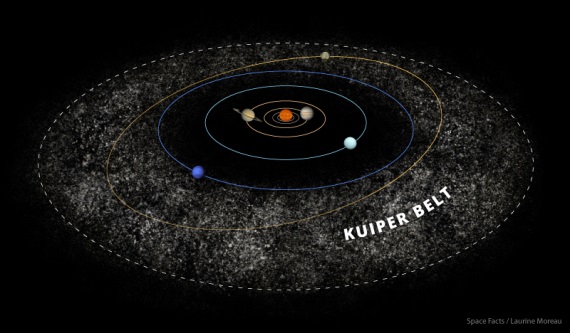 “It’s a story that’s not implausible, but I also think it’s not needed.”

Then there’s Planet Nine. Planetary scientist Konstantin Batygin of the California Institute of Technology (Caltech) thinks the mysterious movement of L91 is proof of the existence of a massive unseen planet (Planet Nine, 9 or X – take your pick) that is getting blamed for knocking a number of solar system objects off the normal kilter. He could be right or he could just be searching for ways to lend credibility to the controversial theoretical planet that he and astronomer Mike Brown claimed to have proven in a paper published in January. 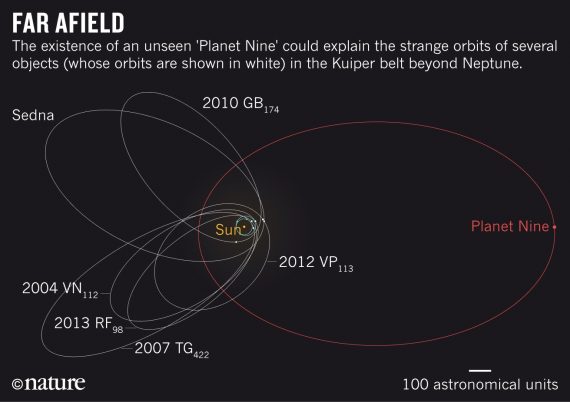 Bannister disagrees with Batygin. She modeled Planet Nine’s possible influence on L91 and found that the object’s orbit is odd but it’s in the general area of the plane of the solar System – not at a high angle that would be caused by a whack from a Planet Nine.

Is L91 the missing link that proves Planet Nine? Not yet. For now, it’s just another odd piece of a puzzle that keeps getting bigger.