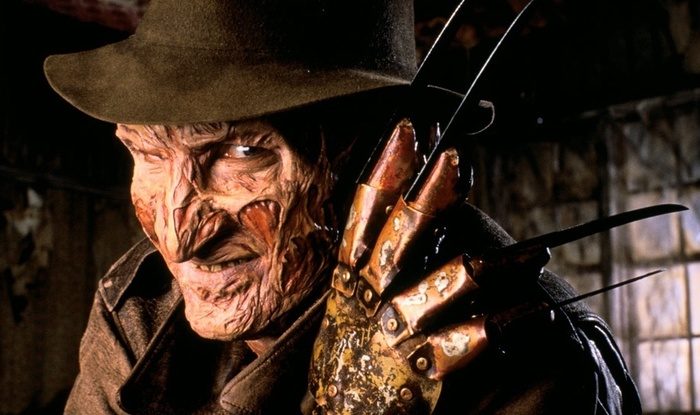 Of both the murderers and the victim, their trial was heavily publicised.

Just before the abduction—the two ten year olds had allegedly been watching Child’s Play 3. Quickly intermingled with the trial’s headlines, Child’s Play was raised in court as an influence on the boys’ actions—as there was a scene in the film where the Chucky doll is covered in paint, has his head beaten in, and is taken to a railway track. Young James Bulger suffered a similar fate.

In the face of such senseless horror—the film’s influence provided a tangible explanation, and censoring Child’s Play became a concrete way to prevent such atrocities from ever being repeated. Many attribute Bulger’s murder with the censorship of ‘video nasties’—like The Texas Chainsaw Massacre, The Evil Dead, and The Driller Killer— in Great Britain until the turn of the century. Ten years before Bulger’s murder—Stanley Kubrick withdrew A Clockwork Orange from British distribution after a series of murders, rapes, and violent attacks occurred that directly mirrored events in his film. Movies ranging from Wedding Crashers to American Psycho have been cited as the ‘inspiration’ behind countless acts of brutality. And after nearly 100 years of controversy, whether simulated violence on film can create violence in real life remains contested. Child’s Play is not the only horror movie with explicit ties to gruesome murders—and famous cinematic copycats have sparked controversy around the dangerous ramifications of film violence.

For example: twenty years after its release, A Nightmare on Elm Street (1984) inspired a young man claiming to ‘emulate’ Freddy Krueger to fatally stab four people, and injure two others, on a London street. Oliver Stone’s Natural Born Killers (1994), centred on a mass-murdering couple who became global celebrities, is perhaps the most frequently cited ‘inspiration’ amongst copycat serial killings. A teenager in Kentucky fatally shot 3 of his classmates; a man on a college campus in Canada killed one and wounded 19 people before committing suicide; a teenager in Texas slaughtered her entire family with the help of her boyfriend—all publicly referenced NBK. One copycat couple watched the film on repeat, took LSD, killed a man, then shot a woman in the head. The Columbine shooters also used ‘going NBK’ as code.

The 1996 parody of itself, Scream—whose ‘Ghostface’ wears a black cloak and mask while wielding a large knife— has also been attached to numerous copycat murders from Los Angeles to France. In one incident, a man in Belgium put on a Scream costume and fatally stabbed a teenage girl 30 times after she’d rejected his advances. Television has also been cited as ‘inducing’ a number of murders— particularly the Showtime series Dexter (which features a serial killer hunting down criminals still at-large). A Canadian man trying to ‘recreate’ the show killed a man and tried to kill another in his ‘studio’, and a young man in England stabbed his mother 53 times in an attempt to be Dexter. Given the pattern of copycat killings based on horror films—researchers have been trying to explore whether or not film can be identified as having directly caused acts of violence. Some have tried to prove that the ‘copycat effect’ is neurological—meaning exposure to media violence could predispose us towards violence. Cognitive control over ‘mirror neutrons’ in our brains—which allow us to learn through observation—can be ‘deranged’. This is a possible explanation for why someone could witness a murder and suddenly mimicking that violent behaviour; why a murderer on film could cause a copycat murderer. But this theory is still scientifically unproven and underdeveloped.

While there are other complex factors behind the criminal mind, and causation remains unproved—some argue that exposure to violent film is the easiest risk to remove. A study published in a paediatric journal showed that children and adolescents watching ‘excessive amounts’ of violent content (over 2 hours per-weekday) could causally be linked to antisocial behaviour. While this does not mean children watching violent TV become serial killers—antisocial behaviour increases the likelihood of committing violent crime. A compilation of studies in 2005, while again unable to prove causation, argued that exposure to violence in the media is equated with a child’s desensitisation towards violence, lack of sympathy, and aggression. A simpler explanation for the link between film violence and real violence is the ‘depersonalisation’ of a violent crime by assuming a fictional persona. Consciously associating a murder with a film or novel can also be a murderer’s way of glamorising their violence—or getting more attention.

Therefore, film and media sensationalism around mass-murder can arguably precipitate violence. And in some situations, film is influencing how violence is manifested—perhaps like providing the killer with a ‘blueprint’. However— evidence of a violent film directly causing a viewer to commit a violent act remains scientifically unproven. A number of leading psychologists have also tried to put emphasis on more complex and deeply rooted explanations for murder. The balance of an individuals neurochemistry, heredity, socioeconomic status, gender, violent role models, poor social and comprehension skills—are all more substantially recorded causes for violent behaviour. One study in an Oxford Journals (2009) publication even argued that violent crime decreased when large ‘violence-prone’ audiences attended horror movies, because the film may have served as a ‘safety valve’ where their urges were satisfied by onscreen simulations.

In the wake of the Sandy Hook massacre (where the shooter obsessively played violent video-games), and the Aurora mass shooting (where the shooter claimed to be the Joker in a screening of The Dark Knight Rises)—Dr. Christopher Ferguson’s argument that media violence is not the cause of violent behaviour has become widely publicised. Ferguson, a professor of psychology at Stetson University, disproves a causal media-murder link, and his own research criticises methodological gaps in contradictory studies. Furthermore, Ferguson argued that the media “can be a red herring when searching for ways to explain tragedies involving young assailants and victims”. He hopes that his research will “help society focus on issues that really matter”. During the trial for James Bulger’s murder—one defendant’s father claimed his son had never seen Child’s Play 3. Detectives believed that a Roald Dahl story gave the boys the idea to go to the train tracks. Both boys came from families with alcoholism, dysfunction, unhappy marriages, poverty, bad sibling relationships, and had dropped a year in school. But these causes were far less catchy for headline news—and although Child’s Play was never legally held responsible for Bulger’s death—the association remains. We cannot deny that there have been numerous copycat killings with murderers directly, and publicly, linking their own violence to what they’ve seen on film. But whether we can pin a horror movie as the cause for that murderer is much more problematic.

This debate is often riddled with political agendas and charged emotions—arguably skewing existing scientific studies on the subject. Beyond exploration of the criminal mind—it inflames discussion around media censorship, gun legislation, the stigmatisation of the mentally ill, and more—and it begs the larger question of WHO is responsible for mass murder? How can it be comprehended? Is it just the individual? Or is that individual the product of society—a gangrenous limb manifesting societal illness? After all, many would argue that society was brutally violent long before the invention of the celluloid. So, while it seems doubtful that violence in the media can be completely detached from real violence—even if it is just one contributing factor out of many—horror films should not become the scapegoat for more deeply rooted societal ails that do precipitate violence.