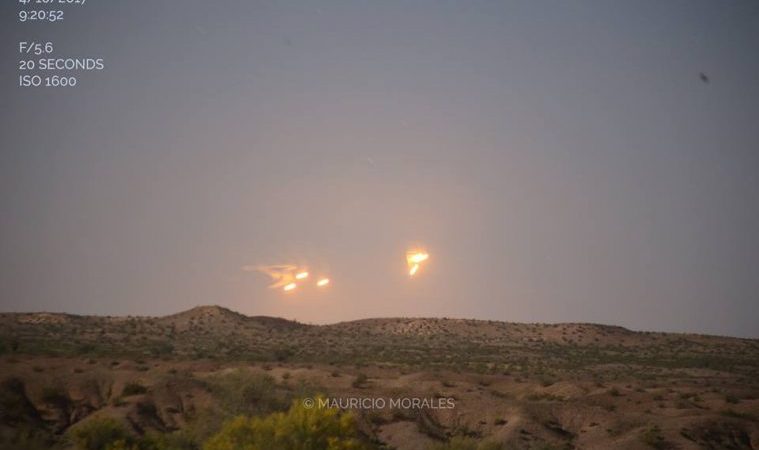 Documentary Looks to Expose the Biggest Cover-up in Human History

Dr. Steven Greer, MD and founder of The Disclosure Project and The Center for the Study of Extraterrestrial Intelligence (CSETI), has been on a mission for decades to shed light on the fact that we’re not alone, that we’ve never been alone, and that an ET presence is currently engaging our planet and the human race.

This topic is so broad that it encompasses nearly every area of human study and endeavour, diving into the black budget world, a world that has no oversight from Congress, as well as science, technology, new energy, history, and much more. It’s a topic when, fully exposed, will definitely ignite a major paradigm shift for the human race.

So far, Dr. Greer has been very successful, having brought forth hundreds of military and political whistleblowers of all ranks, with verified backgrounds, to testify and share their experience in public. To compliment these whistleblowers, thousands upon thousands of page of UFO documents have also been released by dozens of governments.

Earlier in his career, Dr. Greer was also chairman of the Department of Emergency Medicine at Caldwell Memorial Hospital in North Carolina.

The Disclosure Project movement began making noise when a groundbreaking National Press Club Disclosure event brought forth these whistleblowers. You can view that full conference here. More than 1 billion people worldwide have now listened to the testimony given at this conference, and it received coverage from several mainstream media outlets, as it was just too big to ignore.

Since then, multiple efforts have sprung forth, one being the Citizens Hearing on Disclosure that took place a couple of years ago. It was also held at the National Press Club in Washington, DC, and saw a number of professors, historians, scientists, and high ranking political and military personnel gathered to elaborate on the ongoing reality of the UFO phenomenon to several former congresspeople.

Dr. Greer also released a previous film, titled Sirius, where he revealed having high level meetings within the Pentagon regarding the UFO/extraterrestrial topic. This was verified by Dr. Edgar Mitchell, the Apollo 14 astronaut who accompanied Greer on his meetings.

He’s one of several astronauts to make numerous statements about the extraterrestrial issue.

“Yes there have been crashed craft, and bodies recovered. . . . We are not alone in the universe, they have been coming here for a long time. I happen to be privileged enough to be in on the fact that we have been visited on this planet, and the UFO phenomenon is real.” (source) (source) (source)

In Greer’s new film, Unacknowledged, you’ll hear military, government, intelligence, and corporate witnesses present compelling testimony on the existence of extraterrestrial life forms visiting the planet, as well as the reverse engineering of the energy and propulsion systems of these craft. It also goes into the possibility of a “false flag” alien invasion. You can read more about that here.

This is by far one of the best documentaries out there to bring ANYONE up to speed as to what is happening with the UFO coverup and the implications that come with it. I truly enjoyed what this film had to offer and I believe it will make huge waves in helping to open the general public up to the reality of UFO’s and ET’s.

If you have ever had trouble explaining this phenomenon to skeptics or non believers, this is the film to show them and you simply can’t deny it any longer.

Greer has also authored multiple books and put out multiple DVDs on the subject, and teaches people and hosts groups throughout the world focused on peaceful contact initiatives. They are out there, so why not try to make contact? He also continues to research advanced alternative energy sources that, as you will see in the documentary, go hand in hand with the UFO phenomenon.

This man has done a lot for this movement. Known as “the father of the disclosure,” he is no doubt responsible for the massive wave of information and awareness that’s being created on the subject today.

“There are objects in our atmosphere which are technically miles in advance of anything we can deploy, that we have no means of stopping them coming here … [and] that there is a serious possibility that we are being visited and have been visited for many years by people from outer space, from other civilizations. That it behooves us, in case some of these people in the future or now should turn hostile, to find out who they are, where they come from, and what they want. This should be the subject of rigorous scientific investigation and not the subject of ‘rubishing’ by tabloid newspapers.”

By the way, by “unacknowledged,” Greer is referring to Special Access Programs (SAP). From these we have unacknowledged and waived SAPs. These programs do not exist publicly, but they do indeed exist. They are better known as ‘deep black programs.’ A 1997 US Senate report described them as “so sensitive that they are exempt from standard reporting requirements to the Congress.” (source)