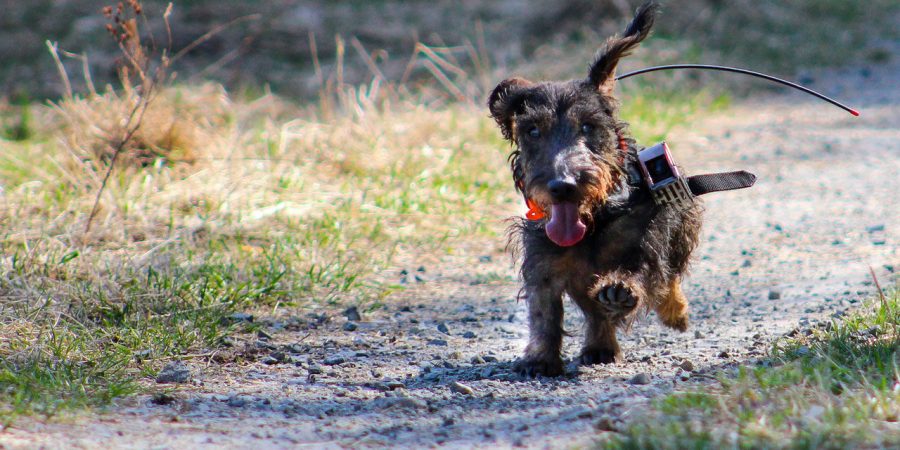 Dogs are renowned for their world-class noses, but a new study suggests they may have an additional — albeit hidden — sensory talent: a magnetic compass. The sense appears to allow them to use Earth’s magnetic field to calculate shortcuts in unfamiliar terrain.

The finding is a first in dogs, says Catherine Lohmann, a biologist at the University of North Carolina, Chapel Hill, who studies “magnetoreception” and navigation in turtles. She notes that dogs’ navigational abilities have been studied much less compared with migratory animals such as birds. “It’s an insight into how [dogs] build up their picture of space,” adds Richard Holland, a biologist at Bangor University who studies bird navigation.

There were already hints that dogs — like many animals, and maybe even humans — can perceive Earth’s magnetic field. In 2013, Hynek Burda, a sensory ecologist at the Czech University of Life Sciences Prague who has worked on magnetic reception for 3 decades, and colleagues showed dogs tend to orient themselves north-south while urinating or defecating. Because this behavior is involved in marking and recognizing territory, Burda reasoned the alignment helps dogs figure out the location relative to other spots. But stationary alignment isn’t the same thing as navigation.

In the new study, Burda’s graduate student, Kateřina Benediktová, initially put video cameras and GPS trackers on four dogs and took them on trips into the forest. The dogs would scamper off to chase the scent of an animal for 400 meters on average. The GPS tracks showed two types of behavior during their return trips to their owner (see map, below). In one, dubbed tracking, a dog would retrace its original route, presumably following the same scent. In the other behavior, called scouting, the dog would return along a completely new route, bushwhacking without any backtracking.

When Benediktová showed the data to Burda, her Ph.D. adviser, he noticed a curious feature: In the middle of a scouting run, the dog would stop and run for about 20 meters along a north-south axis (see video, below) before it began to navigate back. Those short runs looked like an alignment along the magnetic field, but Benediktová didn’t have enough data to be sure.

So Benediktová and Burda scaled up the project, setting loose 27 dogs on several hundred trips over 3 years. Colleagues in the department of game management and wildlife biology, where almost everyone has a hunting dog, pitched in.

The researchers took a close look at 223 scouting run cases, in which the dogs roamed an average of 1.1 kilometers on their return. In 170 of these trips, the dogs stopped before they turned back and ran for about 20 meters along a north-south axis. When the animals did this, they tended to get back to the owner via a more direct route than when they didn’t, the authors report in eLife. “I’m really quite impressed with the data,” Lohmann says.

During the walks in the forest, the team tried to avoid giving the dog other navigational clues. Whenever possible, a dog was taken to a part of a forest it had never been to, so that it couldn’t rely on familiar landmarks. A dog also couldn’t navigate back by looking for its owner, who hid after the dog first headed off to roam. Scent didn’t seem to play a role either, because the wind was rarely blowing from the owner toward the dog when it was coming back.

Burda thinks the dogs run along a north-south axis to figure out which way they are. “It’s the most plausible explanation,” he says. Lohmann says the implication is that dogs can remember their previous heading and use the reference to the magnetic compass to figure out the most direct route home. “I’m intrigued,” she says.

Adam Miklósi, who specializes in dog behavior at Eötvös Loránd University, says designing magnetoreception experiments is complicated because it is hard to make an animal rely only on that sense. “The problem is that in order to 100% prove the magnetic sense, or any sense, you have to exclude all the others.”

Burda and Benediktová are taking a different approach. In one new experiment, they will put magnets on the dogs’ collars to disturb the local magnetic field and see whether it hinders their ability to navigate. The idea harkens back to a controversial experiment published in 1980 in Science, in which magnets stuck in blindfolds seemed to disrupt an intuitive magnetic homing sense in humans.

Miklósi says it would not be surprising to find that dogs can use the magnetic field to navigate — it seems to be an ancient ability — and it might be present in any mammal that traverses large territories. Lohmann agrees. “You would expect this to be something that a lot of animals can do to return home after hunting,” she says, “and it’s neat to see it in a dog.”