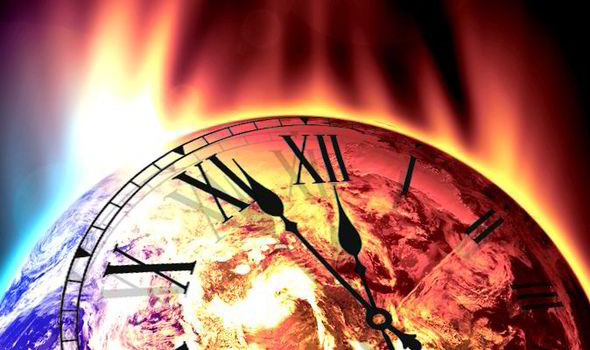 WASHINGTON (Reuters) – The Iran nuclear deal and movement on climate change prompted the scientists who maintain the Doomsday Clock, a symbolic countdown to global catastrophe, to keep it unchanged on Tuesday at three minutes to midnight.

The Doomsday Clock, devised by the Chicago-based Bulletin of the Atomic Scientists, is widely recognized as an indicator of the world’s vulnerability to catastrophe.

Positive developments in 2015 center on the international accord that limited Iran’s nuclear program, and the agreement among almost 200 countries in Paris on a process to reduce output of climate-changing carbon dioxide, the Bulletin said in a statement.

The accords “are major diplomatic achievements, but they constitute only small bright spots in a darker world situation full of potential for catastrophe,” the Bulletin said.

The Doomsday Clock’s hands “are the closest they’ve been to catastrophe since the early days of above-ground hydrogen bomb testing” in the 1950s.

Areas of concern include heightened tensions between the United States and Russia, continued conflict in Ukraine and Syria, and tensions over the South China Sea, it said.

Although the Paris agreement was a positive step, 2015 was the earth’s warmest year on record. The voluntary pledges made to limit greenhouse gas emissions are not enough to halt drastic climate change, the Bulletin said.

The Bulletin is a periodical founded in 1945 by University of Chicago scientists who helped develop the first atomic weapons in the Manhattan Project.

The Doomsday Clock was moved to three minutes to midnight last year from five minutes because of fears of a nuclear arms race and climate change.

It has been set as close as two minutes to midnight, in 1953 when the United States tested a hydrogen bomb, and as far as 17 minutes from midnight, in 1991 as the Cold War ended.

The Bulletin’s Science and Security Board makes the decision on the clock’s hands yearly in consultation with its Board of Sponsors, which includes 16 Nobel laureates.