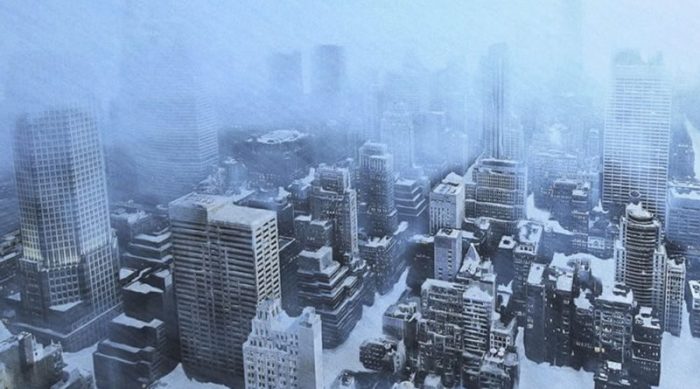 Earth About to Face A ‘Mini Ice Age’

Due to the solar minimum at hand, Earth is set to experience a ‘mini ice age’ that could bring extreme winters and chilly cold storms over the coming decades.

Solar minimums are part of the Sun’s natural life cycle and typically occur every 11 years. However, this year will be the start of a grand solar minimum, which is an extended period of diminished solar activity lasting THREE decades.

Grand solar minimums only occur once every 400 years; the last occurrence was from 1645 to 1715 when the Maunder Minimum brought such cold winters that the River Thames literally froze over. During grand solar minimums the energy emitted from the Sun plummets down even more than during a normal solar minimum, and for longer.

According to NASA, the Sun will reach its lowest activity in over 200 years in 2020. As it further goes into its natural hibernation phase, Earth will experience extremely cold spells which will trigger food shortages across the planet. The average temperatures could drop as much as one degree Celsius in a period lasting about 12 months. That might not sound a lot but a whole degree fall would have a significant impact on global average temperatures. (Mashable)

According to Northumbria University’s Valentina Zharkova, this time the spell could last until 2053.

“The Sun is approaching a hibernation period,” she said. “Less sunspots will be formed on the solar surface and thus less energy and radiation will be emitted towards the planets and the Earth.”

“The reduction in temperature will result in cold weather on Earth, wet and cold summers, cold and wet winters. We will possibly get big frosts as is happening now in Canada where they see [temperatures] of -50C. But this is only the start of GSM, there is more to come in the next 33 years.”

Excerpts and information used from Unexplained Mysteries and Mashable