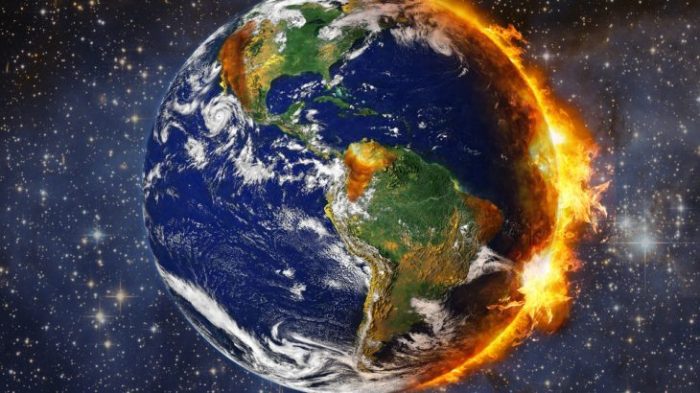 According to the scientists, the first two months of 2020 also ranked as the second-warmest such period in the 141-year climate history record.

In February 2020, the average global land and ocean surface temperature was 2.11 degrees Fahrenheit above the 20th century average and was the second-highest in recorded history after 2016.

The global temperature in February 2020 “was the highest monthly temperature departure without an El Niño present in the tropical Pacific Ocean,” the NOAA noted. The El Niño is a series of climate variations that usually result in warm water along the equatorial Pacific region.

The average global land and ocean temperature in the first two months of 2020 was 2.09 degrees Fahrenheit above the 20th century average, the report added.

An analysis by the Ice Sheet Mass Balance Intercomparison Exercise (IMBIE), an international collaboration of polar scientists, released on March 11 revealed that polar ice caps in Greenland and Anractica are melting six times faster than they were in the 1990s. The scientists found that the rapid melting of polar ice caps could lead to an “extra 17 centimeters of sea level rise by 2100.”

The United Nations’ World Meteorological Organization also revealed in early December that the past decade was the hottest ever experienced in recorded history.