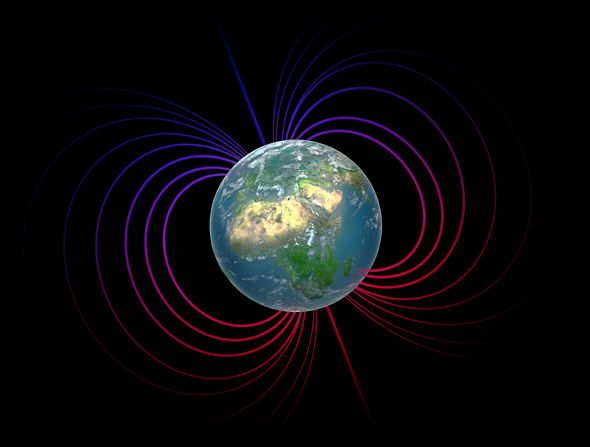 Earth Faces CATASTROPHE If We Do Not Reinforce Magnetic Shield, Scientist Warns

THE Earth is in dire need of a massive magnetic shield in order to protect itself from solar storms which could wipe out the planet’s technologies and make it rain radiation, an expert has sensationally warned.

The Earth does have a magnetosphere – a natural shield that protects us from solar flares.

However, the poles of the Earth are constantly moving, and in turn weakens the planet’s natural shield.

Solar storms occur when magnetic energy builds up within the Sun and is then released.

Once the storm has been released, the magnetic energy can shoot towards Earth, with electrons travelling at us at millions of miles per hour.

Scientists believe that we are drastically unprepared for a solar storm – which occur roughly once every 11 years but his Earth much less often.

Joseph Pelton, former dean of the International Space University, in Illkirch-Graffenstaden, wrote in a paper published in the journal ROOM: “Over the course of the last half century, the world has finally begun to learn that a massive asteroid or comet strike could create havoc and ruin, on perhaps a planetary scale.

“But what we don’t have is a global understanding that there is a much more likely danger that is increasing over time and is a very real cosmic danger that could knock out our electric power grids, kill key satellite systems for communications and navigation and defence.

“A massive coronal mass ejection that brings millions of tons of ions travelling perhaps at two million kilometres an hour, could leave the world’s economic systems and global infrastructure in shambles.

“It is time for those leading our space agencies to consider what technologies they might conceive and implement to save Earth and the human race.

“To put not too fine a point on it, now is the time for them to start doing their truly core mission to save Earth.”