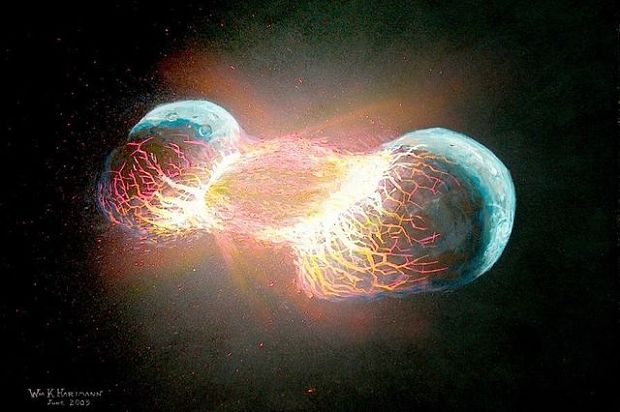 Our home planet is actually two planets, scientists have said.

Or at least, it’s made up of two planets.

Edward Young and his team at the University of California said the orthodox belief on the origins of Earth and the Moon – that a smaller planet, Theia, grazed the Earth and send a chunk into Earth’s orbit – was false.

Instead, Professor Young says, Theia slammed into Earth so hard that the planets effectively melded together, and a small chunk that broke off in that collision formed the Moon.

The team’s reasoning is that if the first hypothesis were true, the Moon should have a chemical composition made up of Theia, but upon examination of the oxygen isotopes of Moon rock, they found this not to be the case. 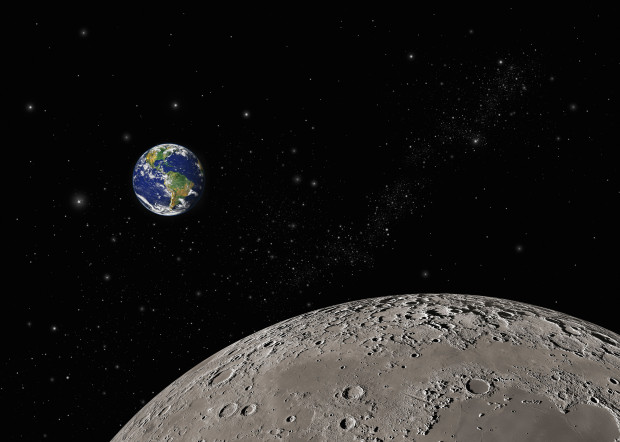 The moon has the same oxygen isotopes as Earth’s (Picture: Alamy)

‘We don’t see any difference between the Earth’s and the Moon’s oxygen isotopes; they’re indistinguishable,’ said Professor Young.

‘Theia was thoroughly mixed into both the Earth and the Moon, and evenly dispersed between them.’

The collision would have taken place approximately 100million years after the initial formation of Earth, which was over 4.5billion years ago.

In 2014, a team of German scientists said that the Moon had its own unique ratio of oxygen isotopes that there different from Earth’s.