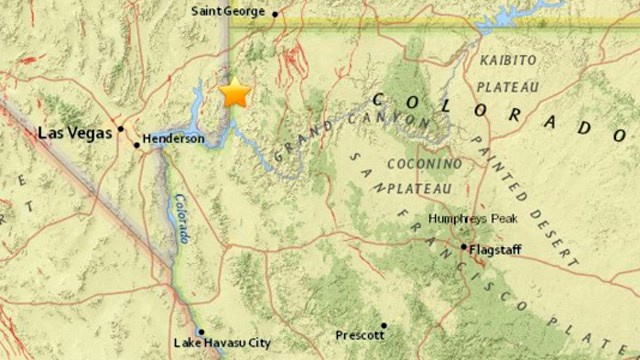 Earthquake Swarm in NW Arizona Keeps Rolling On – Prelude to Something Big?

More small earthquakes shook northwest Arizona Sunday adding to the list of temblors that have struck the area since March 29.

There has been a swarm of 21 quakes in an area along the Arizona-Nevada line south-southwest of Littlefield, AZ, which is also close to southwestern Utah and the frequency and span puzzles geologists.

NW Arizona earthquake swarm keeps rolling on with two events today, including M2.6 at 12:07 am. pic.twitter.com/9jYcHj9Hlx

The survey said the area has several active faults and that its geologic features suggest there could be additional potentially active faults just north of the largest quake.