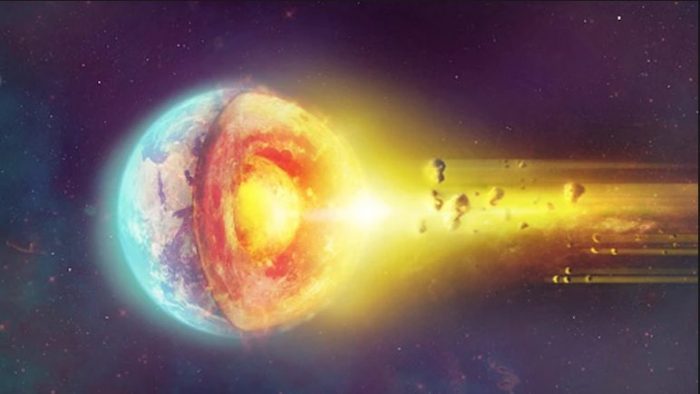 The Earth’s core, composed of Iron and Nickel, is growing lopsided for reasons unknown. The solid iron core is growing faster on one side than the other, which has scientists confused. The new revelation came after scientists analysed seismic waves passing through the core.

The waves, also known as subterranean tremors generated by earthquakes, are moving faster through the core when travelling between the north and south poles than when they move across the equator. Dubbed as seismic anisotropy, this discrepancy was yet to be explained due to a lack of available data.

A report published in Nature Geoscience states that development has been underway for billions of years, ever since it started to freeze out from molten iron. The researchers used computer simulation to reach the conclusion that the inner core is growing in a lopsided manner, with new iron crystals forming faster on the east side than those on the west.

“The movement of liquid iron in the outer core carries heat away from the inner core, causing it to freeze,” lead author of the study, Daniel Frost, told LiveScience. The researchers found that heat is getting removed at a faster rate under Indonesia than from Brazil in the West and the quicker cooling on one side is likely to accelerate the formation of iron crystals and growth of the core on that side. 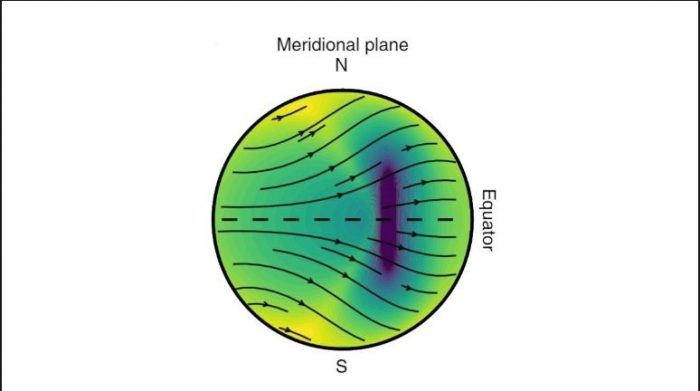 Asymmetric growth and movement in from the Equator and towards the poles causing lateral and vertical advection of the strongest deformation.
(Photo: Nature)

Meanwhile, gravity has played its role in balancing the situation by distributing the newly formed iron crystals towards the western part of the core to maintain a spherical nature that is growing in radius at an average of 1 millimetre per year.

While scientists are still looking for reasons behind this uneven growth, it is difficult to predict them without looking at other parts of the Earth’s structure, which includes the Mantle and the Crust. “Every layer in the Earth is controlled by what’s above it, and influences what’s below it,” Frost told Lie Science.

Scientists are also concerned about the impact of this lopsided growth on Earth’s magnetic field, which is powered by the movement of liquid iron in the outer core. The researchers are now collaborating with a team of geomagnetists to study the new changes.