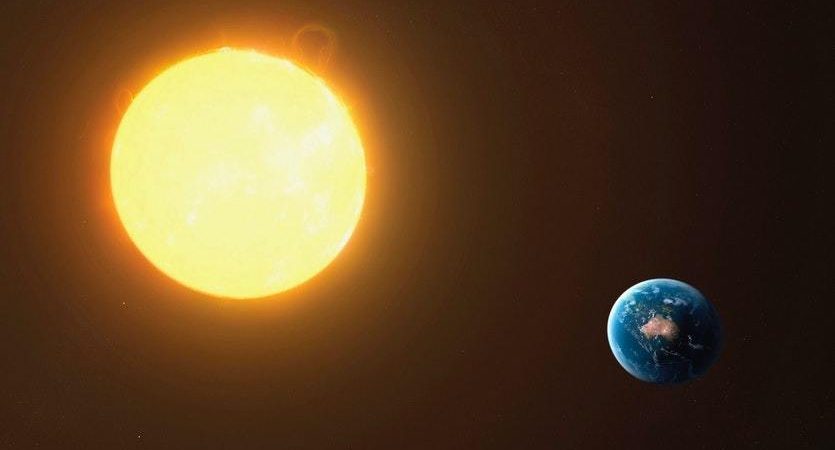 The global mean temperature in April 2020 was again significantly lower than in February and March, at 0.38°C above the average from 1981 to 2010. The average temperature increase on the globe from 1981 to February 2020 was 0.14°C per decade. The further development promises to be interesting, especially since a number of research institutes expect a higher probability of a cooling La Nina in the Pacific towards the end of the year. March’s solar activity was very low with a sunspot number of 1.5. Activity in April rose slightly to 5.4. The first sunspots of the new cycle are showing.

What causes the sun to have an 11-year cycle?

Since the Dessau pharmacist Heinrich Samuel Schwabe discovered in 1843 that the sunspots of the sun increase and decrease in an 11-year cycle, science has been puzzling over the reason why this cycle lasts 11 years and why the solar magnetic field also changes its polarity in this rhythm: the north pole becomes the south pole and vice versa.

In July last year, scientists at the Helmholtz Centre in Dresden Rossendorf made a little-noticed but exciting discovery. Every 11.07 years, the planets Venus, Earth and Jupiter are aligned quite precisely. At this point in time, their gravitational force acts jointly in one direction on the Sun.

“The agreement is amazingly accurate: we see a complete parallelism with the planets over 90 cycles,” explains Frank Stefani, one of the authors of the publication published in Solar Physics. Just as the gravitational pull of the Moon causes the tides on Earth, planets could move the hot plasma on the surface of the Sun. But the effect of a simple gravitational force is too weak to significantly disturb the flow in the Sun’s interior, so the temporal coincidence has long been ignored.

Now the researchers assume that the layers of the plasma are subject to a Taylor instability. The Taylor instability is known from the behavior of liquids of different densities at their interface (we know the turbulence that occurs when milk is poured into a cup of tea). Taylor instability is sensitive to even very small forces. A small burst of energy is enough for the polarity of the solar magnetic field to swing back and forth every 11 years. The necessary impulse for this could be provided by the tidal action of the planets – and thus ultimately determine the rhythm in which the sun’s magnetic field reverses its polarity.

The tidal forces of the planets could have other effects on the Sun in addition to their role as pace-setter for the 11-year cycle. For example, it would be conceivable that they could change the stratification of the plasma in the boundary area between the inner radiation zone and the outer convection zone of the Sun, the tachocline, in such a way that the magnetic flux could be more easily dissipated.

Under these conditions, the strength of the activity cycles could also change, just as the “Maunder Minimum” once caused a significant decrease in solar activity over a longer period, the researchers write on the Helmholtz Center website. It is an unusual idea that the activity of the sun is controlled by the planets, including the earth itself. This sounds like astrology – but it is the latest in solar research.

One of the first researchers who assumed an influence of the solar activity by the planets was Theodor Landscheidt, who already in 1988 in his book “Sun-Earth-Man” predicted the decreasing strength of the solar cycles 22 and following. However, he assumed a different mechanism, according to which the planets cyclically move the sun out of the center of gravity (barycenter) of our solar system. Landscheidt died in 2004.

And also in our book “The Forgotten Sun” we had invited Prof. Nicola Scafetta for a separate chapter, who already then interpreted the conjunction of Saturn and Jupiter as the cause of a 60-year cycle. In a publication published in Solar Physics in February 2020, he also relates the longer-term oscillations (Hallstatt -2400 years ,Eddy – 1000 years, Suess-de Vries – 210 years) to influences of the large planets of Jupiter, Saturn, Uranus and Neptune. The long version is accessible here.