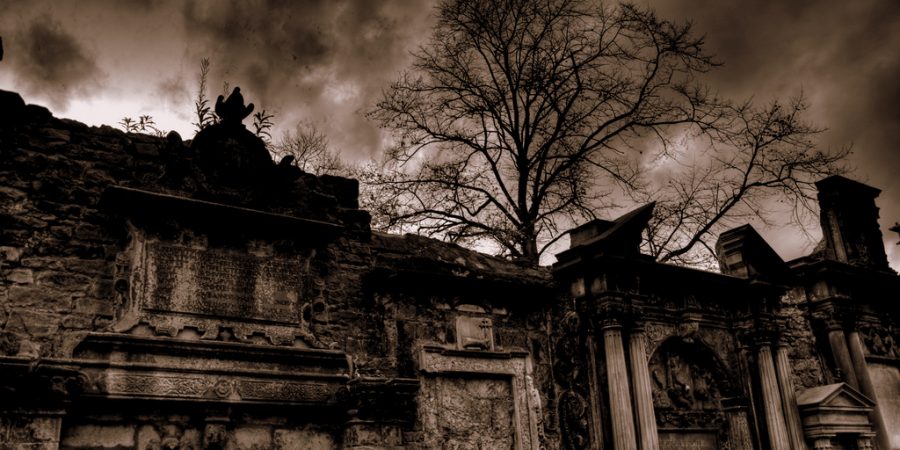 Hidden deep inside Edinburgh’s Greyfriars Graveyard, sits a tomb that is said to be home to an extremely violent entity known only as “The Mackenzie Poltergeist”. The tomb sits behind a large looming wall and a constantly locked gate, an area known as “The Covenanters Prison”. The spirit that dwells within the “Black Mausoleum” has been known to touch, scratch and even knock unsuspecting visitors unconscious. But who was Mackenzie? Why is the tomb so dangerous? Sit back, relax and grab a cushion as I tell you the tale of The Mackenzie Poltergeist.

Sir George Mackenzie of Rosehaugh was born in Dundee in 1635. He was the Lord Advocate under King Charles II, who denied the Convenanters to practice their religion. Any found doing so were imprisoned by George Mackenzie. He was responsible for the imprisonment of over one thousand men and woman in the world’s first ever concentration camp. Following the Battle of Bothwell Bridge in 1679, he imprisoned 1,200 Covenanters in a large field next to the famous Greyfriars graveyard. While hundreds of people died of malnutrition, more were executed at the hands of George Mackenzie, nicknamed “Bloody Mackenzie” by his victims. Following his death he was buried with his victims in Convenanters prison in a tomb called “The Black Mausoleum”

In 1998 during a heavy rain storm, that battered the worn streets of Edinburgh, a homeless man stalked the alleyways and closes looking for shelter. He entered Greyfriars Graveyard in the hope to find some cover from the unrelenting rain. As he wondered through the graves searching desperately for somewhere to sleep, he came across a large stone wall, with a rot iron fence, that swayed in the heavy wind. He could barely see the sign that adorned the fence, through the pounding rain. The gold calligraphy etched on a piece of wood that read “Covenantor’s Prison”. He pushed the fence aside and crept through the long grass, barely noticing the graves that were built into the walls. Not knowing where he was, delirious from hunger and the cold, he came across a large structure, sandstone, blackened with age. A large black gate blocked his entrance to the building, a thin rusted chain twisted through the bars, preventing anyone from gaining access. Desperate, the homeless man pushed against the gate, but it did not budge. He tried again desperately trying to break the chain. Refusing to give up, the man staggered back, picking up a soggy stone from the ground. The stone was slipping through his fingers and he charged towards the gate with it held high. Barging through the barrier, snapping the chain in two, he landed in a heap on the cold damp floor.

Finally inside and relatively dry, the man began to lay out his sleeping bag and take his clothes off to dry from the rain. The metal door still swung in the wind, clashing against the stone, rain splattering the floor inside. As the man began to settle down he noticed to his left there was a grate on the ground. He could feel warm air coming from the hole and felt that it would be beneficial for him to pull the grate up and sleep down in the tomb as he would be warmer, not caring about the skeletons. As his reached for the grate, his fingers searching through the dirt and grit for the holes in the ground, his roughed weathered fingers peaked through the gaps, the ground began to shake and gave way underneath his weight. He fell through the floor and landed in a heap with a crash on a hard uncomfortable surface. Stones and dirt clattered to the ground around him, some hitting him on the head, tickles of blooding dripping down his forehead. Darkness enveloped him as he lay on the uneven mound, he searched with his hands for his cigarette lighter and removed it from his trousers. As he sparked the wick of the lighter, the flame illuminated the chamber that he crashed into, he was able to take in the sight in front of him. Thousands of bones and skulls stared back at him, wet from mould and moisture, the flame flickering over the walls. He tried to let out a scream at the moist skeletons that covered the floor, but nothing came out. His body was covered in mud, bones and the congealed mess, that covered the area. With all of his might he scrambled to his feet and pulled himself out of the newly formed hole that he had fallen through and into the tomb. Without grabbing his things, the man bolted out of the building and into the pouring rain, screaming profanities. 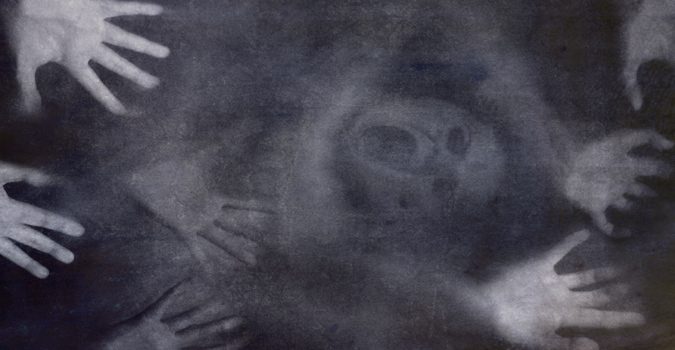 Meanwhile, the groundskeeper had decided to do his rounds and check on the graveyard, to make sure that there was no one hiding inside during the storm. As he walked along the muddy, soggy path, he feet sloshing in the puddles, gravel crackling under his weight, he could hear in the distance the distinct sound of screaming. He thought nothing of it, putting it down to a fox or animal, when all of sudden a figure bolted out of the rain, illuminated only by the torch of the grounds keeper. Mud covered the figure from head to toe, and what looked like bones hung from his clothing. The grounds keeper dropped his torch and bolted for the gates of the graveyard screaming “The Deid, The Deid have risen'”. Of course they hadn’t it was just the homeless man fleeing from his hiding place.

Following the events of the homeless man and the grave keeper, Edinburgh City Council declared Covenanter’s Prison closed to the general public and would keep the gates locked at all times.

Over the past twenty years tour groups around Edinburgh have been taking unsuspecting tourists into the bowls of Edinburgh’s dark and disturbing past, regaling them with tales of murder and torture from the hands of Burke and Hare, to the ghosts that stalk the winding closes of the city. One tour group invites brave tourists to accompany them into the dark depths of the Grayfriars graveyard after the sun sets. They lead them through the various head stones telling tales of body snatchers, murders and people being buried alive. They are then led to gates of the prison where they are distinctly warned that they enter at their own risk, and if something happens to them, the tour groups hold no responsibility, while this is for effect there have been several stories of people being scratched and even knocked unconscious during the tours. You are then led into the “Black Mausoleum” where they tell the story of the unfortunate homeless man, all with dramatic effect. Then they close the gate of the tomb and turn off all torches and leave the group of twenty or more tourists all huddled together like cows to the slaughter, waiting for Mackenzie to make and appearance. Reports have been told of people leaving the mausoleum with scratches on the arms and even in some extreme cases burns or scolds. Some people have even reported been flung to the ground by a strong force, thinking it was another member of the tour, they have jumped up ready for a fight to be greeted by the look of fear and terror plastered on the faces of their comrades. Tour guides have said that they have heard voices telling them to “Get out” and some have even fled, resigning the next day.

While a lot of the experiences have to be seen to really be believed, we certainly cannot argue that there is something lingering in the dark, dank walls of the Black Mausoleum, that seems to have been awoken on that dark rainy night. Remember that if you’re in Edinburgh, go and see if your brave enough to spend the night with George Mackenzie and see if you can get scratched or shoved.