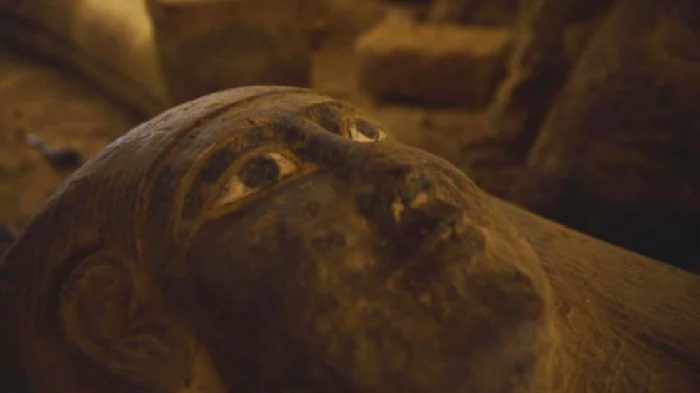 The Egyptian Ministry of Tourism and Antiquities has confirmed the discovery of 13 pristine condition wooden coffins, each at least 2,500 years old and sealed since they were first interred. And there are likely more to come.

According to a press release, the tomb was discovered near the desert necropolis of Saqqara in Egypt some 11 meters (36 feet) below ground, with the wooden sarcophagi still sealed and largely undisturbed; some even have the original color paint on the wood.

According to Tourism Minister Khaled Al-Anani, three sealed niches were also found, and there are likely to be a lot more discoveries made in this particular burial shaft over the coming months.

Given the immaculate condition of the burial chamber, archaeologists are expecting to find additional treasures hidden inside.

Any goods found buried alongside the dead will shed light on their status, wealth, and influence – though for now at least, the identities of the deceased remain a mystery.

Meanwhile, the ministry is teasing forthcoming announcements via videos, likely in a bid to reinject life into the country’s ailing tourism industry, which was further weakened by the coronavirus pandemic.

The Egyptian government reopened access to museums and cultural spots on September 1.