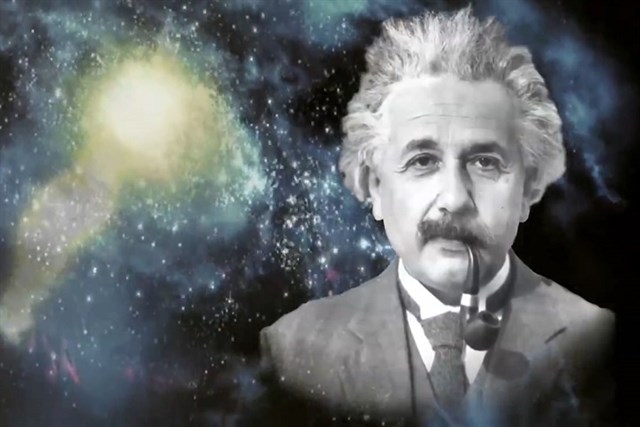 Einstein’s Leaked Document On Alien Life, What Did He Know?

In 1992 a mysterious bundle of papers arrived in the post office box of Californian Timothy Cooper. Cooper passed these papers on to father and son UFO research team Robert and Ryan Wood, and on the 11th of October 1998, they presented what they had found to the Omega Communications UFO Conference. The documents were leaked from top secret government files, and the crown jewel was a treatise on extraterrestrial life co-authored by Albert Einstein. But what did he know?

Relationships with Inhabitants of Celestial Bodies was signed by Albert Einstein and father of the atomic bomb, J. Robert Oppenheimer.The top secret paper, dated June 1947, addresses concerns about the changes needed to be made in order to deal with Extraterrestrial Biological Entities. If there are aliens, Einstein appears to argue, then an overhaul of international law would need to be made.He proposes a Law Among Planetary People that would recognize other intelligent beings as sovereign.

Most astounding is the confirmation that the military is aware of unidentified spacecraft flying in the atmosphere above the United States and Europe. Although Einstein notes that opinion is sharply divided as to the origin of the craft, with the moon and Mars both mentioned. He suggests that atmospheres could be artificially created on the moon from natural chemicals.

Einstein and Oppenheimer fear that a nuclear war could be precipitated by rising tensions with the alien entities. This leads them to argue that unilateral disarmament is even more urgent. Einstein even posits that the recent incursions by aliens were triggered by the United States atomic bomb program,noting that they may be perturbed by the significant atmospheric disturbances caused. The paper was apparently received by the government.A comment added at the end says that the President does not wish to discuss the proposal and that the Secretary of State, George Marshall, has already spoken with Oppenheimer and come to the same conclusion. But how could Einstein know such military secrets?

Oppenheimer was director of the Los Alamos atomic bomb laboratory. So he may have had access to top secret information that he could have shared with Einstein. However, some have said that there could be an even closer connection between Einstein and his Extraterrestrial Biological Entities. Pointing to Einsteins revolutionary genius and seemingly superhuman capabilities, some have suggested that he was in some way communicating with aliens.

Lecturer Jason Martell put forward the theory that Einstein was able to tap into an advanced field of knowledge. Meaning it was this extraterrestrial contact that supplied all the incredible insights that changed science forever. Could this be why Einstein knew so much about the aliens and was concerned enough to write to the President? When the paper was released in 1997 by Dr.Robert and Ryan Wood, they revealed that it was part of the Majestic 12 files. These files exposed government knowledge of UFOs from the 1940s through to the 1960s.

However, the Majestic 12 papers, originally leaked in the 1980s, have been thoroughly debunked.So what of this new edition, is it a hoax as well? Well, there are numerous spelling and grammatical errors throughout the document that would not be expected of Einstein and Oppenheimer.This includes the word celestial that appears in the title as celestrial. This mistake,among others, is repeated consistently throughout the document. Furthermore, the way the paper is written is quite obtuse and in many cases simply states the obvious. Or conversely it puts forth vague and enigmatic statements that dont appear to convey any meaning. Surely not the work of the eloquent and rigorous communicator that was Einstein.

The method for creating artificial atmospheres also seems to have no scientific basis whatsoever. UFO researcher Barry Greenwood has done as much as anyone to dispute the legitimacy of Majestic 12 and this particular paper, supposedly written by Einstein and Oppenheimer. Mr. Greenwood has written a long essay on the shortcomings of the document. He too ultimately concludes that it is fraudulent and that Einstein never wrote it. Albert Einstein has spoken to journalists about aliens and his comments are somewhat surprising. In 1920, Einstein stated There is every reason to believe that Mars and other planets are inhabited. Why should the earth be the only planet supporting human life? It is not singular in any other respect. He reasoned that intelligent beings would be more likely to communicate with us through light signals rather than radio waves. Throughout the 20th century though, the search for extraterrestrial intelligence was actually conducted with radio telescopes. It has so far had no success.

However, very recently techniques that look for distant light have emerged and currently the skies are being scanned for life in new ways. Could Einstein be proved right again?