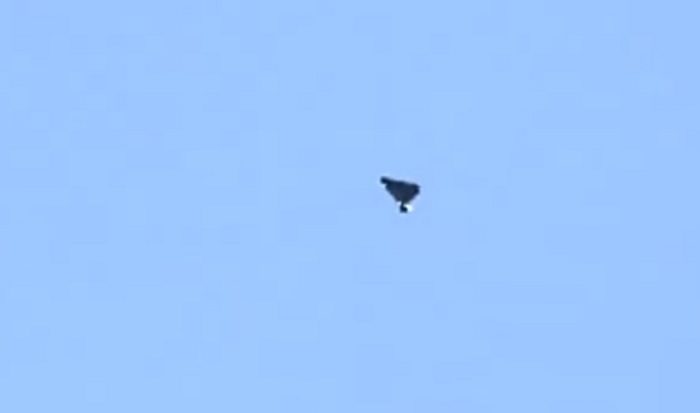 by Andrei Dergalin
via Sputniknews:

While the blogger mused about the alleged extraterrestrial nature of the phenomenon in question, some social media users suggested that it could’ve been a balloon.

The phenomenon in question, as depicted in a YouTube video (the veracity of which couldn’t be immediately confirmed) uploaded by Waring, appears to be a black, vaguely triangular shape.

The blogger also pointed out how the object appeared to be rotating, and further alleged that it looked like “the hypersonic missile that the USAF has created, except this was hovering and moving very slowly”.

“The object rotates, stops rotating, and then rotates [in] a different direction. As if it were looking around, taking in the full scope the view has to offer”, Waring mused. “This is absolutely a UFO, but why it’s allowing itself to be seen is anyone’s guess”.

He also went on to speculate that the alleged alien craft might’ve been “monitoring the COVID infections and immunisations of the humans below in order to assess future predictions of events”.

Some social media users commenting on Waring’s video, however, suggested instead that the flying object was likely a balloon.