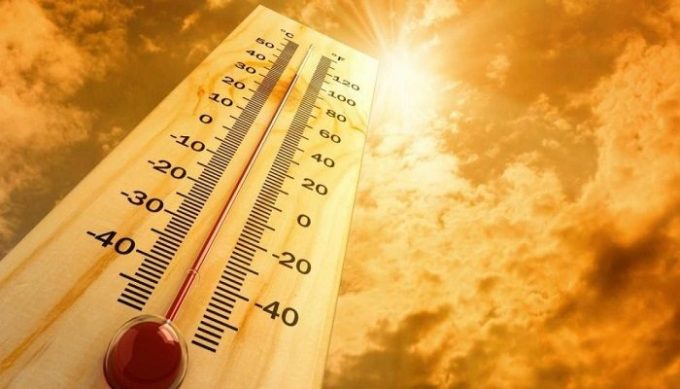 While it is important to know what is happening around the world (the European heatwave) it would also be nice to see some attention made to the fact that Eastern North America has been much cooler as of late which as I’ve mentioned in previous articles believe to be attributed to a dramatic change in Earth’s wobble and perhaps paired with a mild orbit change.

Ten southern and central European countries have declared a red alert after heatwave ‘Lucifer’ caused temperatures to skyrocket over 40C, with scientists warning that the extreme heat could end up killing 152,000 people a year by 2100.

It's another #hot day in southern & eastern Europe – temps into the low 40s in parts of #Italy, around 6C above average #heatwave #holidays pic.twitter.com/QX8jOdVkCL

At least two people have died from the heat, one in Romania and one in Poland, Reuters reported, adding that many more have been taken to the hospital for sunstroke.

“In two hours of my shift today I saw four people fainting on the street and complaining of heat exhaustion,” a traffic warden told Reuters in Belgrade.

Authorities in Serbia, Bosnia, Macedonia, and Croatia advised people to stay indoors to avoid the heat, with temperatures expected to stay around 40C (104F) next week.

Heatwave deaths
Scientists warned on Friday that Europe’s death toll from weather disasters could rise 50-fold by the year 2100, with weather-related disasters, such as heatwaves and cold waves, wildfires, droughts, river and coastal floods, and windstorms, which could affect about two-thirds of the European population annually by the end of the century.

“We found that weather-related disasters could affect about two-thirds of the European population annually by the year 2100 (351 million people exposed per year [uncertainty range 126 million to 523 million] during the period 2071–100) compared with 5% during the reference period (1981–2010; 25 million people exposed per year). About 50 times the number of fatalities occurring annually during the reference period (3,000 deaths) could occur by the year 2100 (152,000 deaths [80,500–239,800]),” researchers said in a study published in The Lancet Planetary Health journal.

The detailed study found that “unless global warming is curbed as a matter of urgency and appropriate adaptation measures are taken, about 350 million Europeans could be exposed to harmful climate extremes on an annual basis by the end of this century.”

Researchers scrutinized the effects of the most commonly found weather-related disasters in the 28 EU states, as well as Switzerland, Norway, and Iceland, analyzing disaster records from 1981 to 2010. The challenge was to combine past records with calculations of how climate change is likely to evaluate and what consequences this may cause.

“Heatwaves are the most lethal weather-related hazard,” researchers noted, adding that during the reference period (between 1981 and 2010), 2,700 heat-related fatalities per year were reported in Europe by the disaster databases.