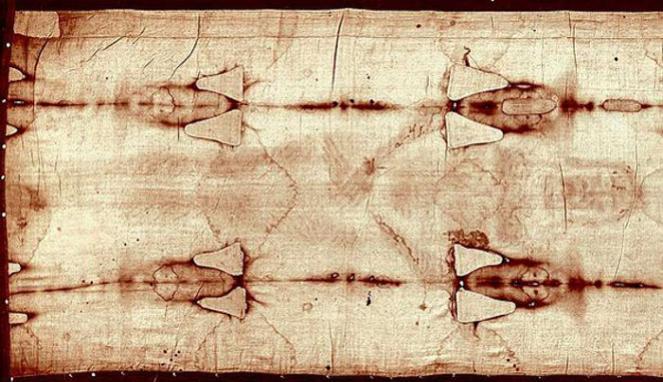 The Shroud of Turin remains one of the most controversial and debated archaeological artifacts. It is claimed that the shroud was used to wrap Jesus of Nazareth after his crucifixion, but its origin remains a mystery. Several religious organizations have preserved historical documents dating as far back the 14th century which mention the shroud, but its history prior to that – if there is any – remains unknown. The shroud has been on display at the Cathedral of Saint John the Baptist in Turin, Italy since the 17th century. 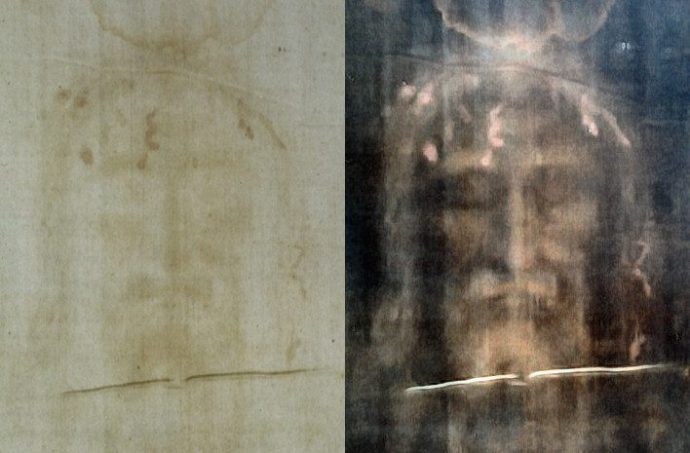 The face on the original shroud, left, and a high-contrast version.

Radiocarbon dating tests performed in 1988 placed the date of the shroud’s creation at some point between 1260 and 1390, although those dates have been disputed by various claims including that corners of the shroud which were tested might have been repaired at some point. Earlier this year, claims were made that the shroud shows impressions of coins from the reign of Tiberius Caesar, which would date the shroud to around the year 29, but again, these claims are disputed. Aside from the dating disputes, it is unknown just what the shroud might be at all. However, a new peer-reviewed study published by researchers at the Italian Ministry of Education and Research claims that a nanoscale analysis of the stains on the shroud indeed show that the cloth indeed once came into contact with a bloody human being who had recently suffered multiple severe traumas. 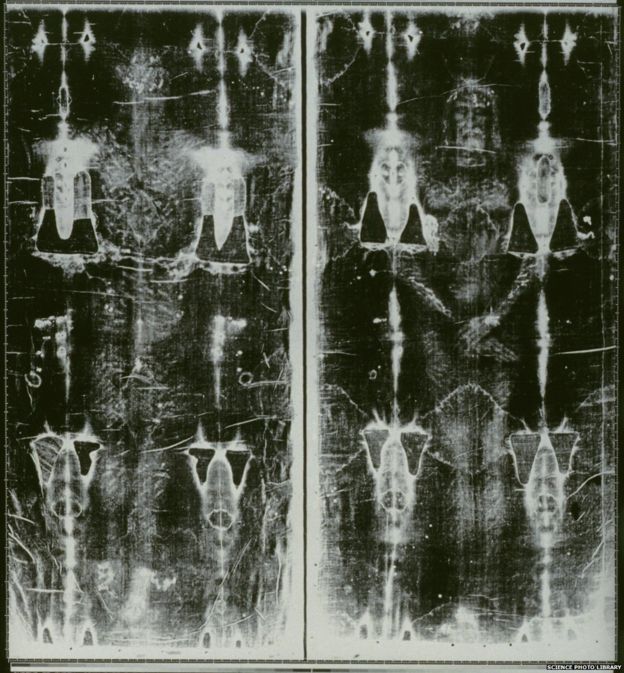 Studies have found that the images of the ‘person’ on the front and the back of the shroud have significantly different heights.

The study has been published in PLOS One and is available to the public. By examining the bonds between various molecules on the shroud, researchers found evidence of myoglobin, a protein found in muscle tissue, various blood proteins such as ferritin, and creatinine, a byproduct of the kidneys. According to the study’s authors, this combination of biological materials almost certainly implies that the Turin shroud (TS) once wrapped a severely mutilated and possibly tortured person, and could not be merely a painting:

This is not a situation typical of the blood serum of a healthy human organism. High levels of creatinine in the blood are observed in the case of strong trauma. There is a wide recent literature reporting on interaction between creatinine and ferritin in fatal accident or as a consequence of the rhabdomyolysis due to torture. […] This result cannot be impressed on the TS by using ancient dye pigments, as they have bigger sizes and tend to aggregate, and it is highly unlikely that the eventual ancient artist would have painted a fake by using the hematic serum of someone after a heavy polytrauma.

While some might see this study as proof of the shroud’s use in Jesus’ burial, the blood could be anyone’s. Nevertheless, even if the shroud is not a holy artifact, it is still somewhat of a scientific mystery. Numerous studies have been unable to replicate the nearly three-dimensional image embedded into the fabric with the level of precision and detail found on the shroud. Could it be the burial shroud of Jesus? A forgery? Someone’s 14th-century dirty laundry? It remains unknown. 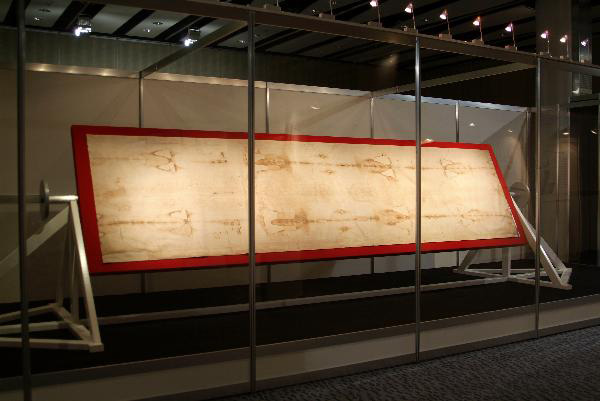 The shroud is displayed briefly only every few years, but receives millions of visitors whenever it’s brought out.