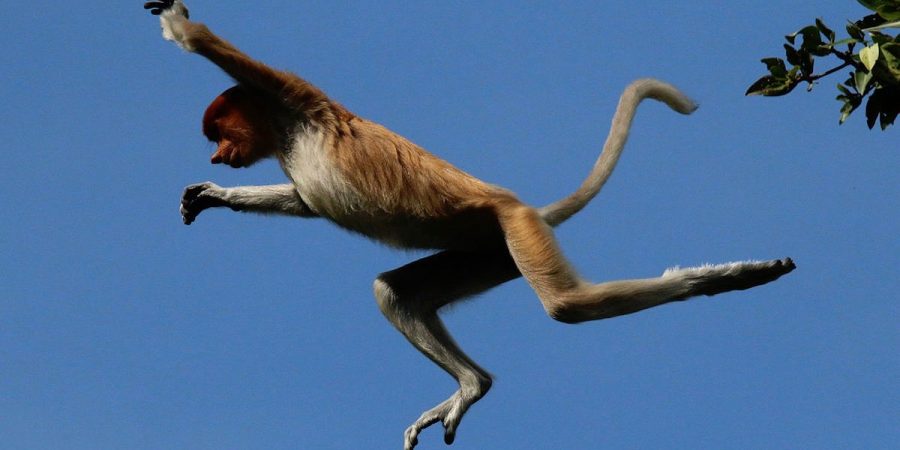 Transposable elements just don’t make sense. These so-called “jumping genes” are segments of junk DNA that insert themselves at random in our genomes. That is the evolutionary interpretation of these genetic units, but how and why do they move about, and why don’t they wreak havoc on the genome?

The answers to these questions, which have been emerging in recent years, is that transposable elements are exquisite, finely tuned, highly functional molecular machines that contradict evolutionary expectations. Evolutionists have a long, failed history of presumed dis-utility — after all, the world arose by chance, surely it doesn’t work very well — and transposable elements are just one more example of this failed prediction. But the junk-to-hero story is only one of three ways that transposable elements utterly demolish evolutionary theory. The other two prongs in this Darwin-destroying triad are serendipity and pattern.

By serendipity, I am referring to the rather awkward findings, which are undeniable at this point, that if evolution is true, then it must have come about by highly complex, non-adaptive, mechanisms. From diploid genetics to horizontal gene transfer, alternate gene splicing, genetic regulation, epigenetics, mechanisms that cause adaptive mutations, and transposable elements, evolution must have bumbled along by luckily constructing fantastically complex mechanisms. Those mechanisms would provide no immediate adaptive value, yet somehow would persist and become vital agents in evolutionary history. Simply put, evolution must have created evolution in a most unlikely (astronomically unlikely) set of circumstances. That’s serendipity, not science, and transposable elements heap more fuel onto the fire.

By pattern, I am referring to another set of awkward findings, again undeniable, that the pattern of structures observed across the species consistently contradicts evolution’s predictions. One of those contradictions are the enormous differences found in otherwise allied species.

All three of these contradictions — dis-utility, serendipity, and pattern — are on display in a new, systematic study of transposable elements out of Didier Trono’s lab in Switzerland. The study details the interactions between transposable elements and a class of proteins. The findings indicate the complexity and interdependency of these molecular mechanisms. As the press release admits:

Long considered as junk DNA, transposable elements are now recognized as influencing the expression of genes. … the extent of this regulation and how it is harnessed were so far unknown. EPFL scientists have now taken the first extensive look at a family of ~350 human proteins, showing that they establish a complex interplay with transposable elements … KZFPs can convert transposable elements in exquisitely fine-tuned regulatory platforms that influence the expression of genes, which likely takes place at all stages of development and in all human tissues. … It is a highly combinatorial and versatile system … As a field, epigenetics has come into prominence in recent years, revealing a previously unimagined complexity and elegance in genetics.

Not exactly junk DNA. And of course all of this would require large amounts of serendipity. For evolutionists are now forced to say that transposable elements would have to have played a, err, key role in evolution itself. Evolution would have had to have constructed this highly specific, detailed, system including hundreds of proteins and genetic elements, with hundreds of specific interactions, providing no immediate benefit. As Trono explains:

Finally, all of this contradicts the expected common descent pattern. This failure has become so common we now have non-evolutionary terminology, such as “species-specific” and “lineage-specific.” The paper uses the term “species-restricted”:

Species-restricted? In other words, the designs we are discovering in biology are unique to particular species. This is precisely the opposite of what evolution expects. Note also the teleological language (which as usual is evident in the infinitive form): The proteins “partner” with the transposable elements “to build” a largely “species-restricted” layer of epigenetic regulation. This is a classic example of evolution’s absurd creation-story language.

The contradictory pattern was, of course, unsuspected. As Trono explains:

KZFPs contribute to make human biology unique. Together with their genomic targets, they likely influence every single event in human physiology and pathology, and do so by being largely species-specific — the general system exists in many vertebrates, but most of its components are different in each case. … This paper lifts the lid off something that had been largely unsuspected: the tremendous species-specific dimension of human gene regulation.

Yes, it was largely unsuspected. For what these findings reveal is a tremendous species-specific dimension of human gene regulation. In other words, we would need proteins and genetic elements to evolve, via independent and yet interdependent, random mutations, to construct an entirely new set of genetic regulation instructions. This is astronomically unlikely, no matter how many millions of years are available.