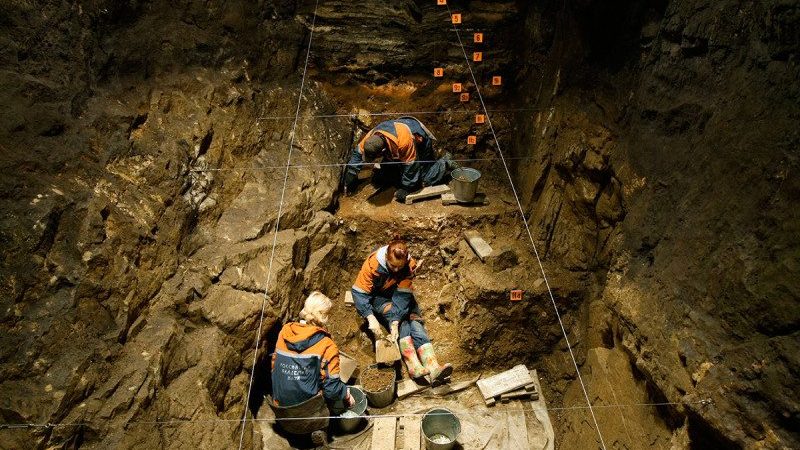 Three becomes four. The extraordinarily sparse fossil record of the Denisovans – an ancient form of human – has gained one more specimen: a tiny, worn tooth belonging to a young girl.

It adds to evidence that the Denisovan population in what is now Siberia remained small for tens of thousands of years.

The Denisovans are perhaps the most mysterious of all ancient humans. They were discovered in 2010 when geneticists were sequencing DNA from ancient bones they had assumed belonged to Neanderthals. The DNA from a 50,000-year-old fragment of finger bone was so different from any known Neanderthal genetic sequence that the researchers concluded it represented a separate group of humans.

Later genetic studies suggested that these distinct ancient humans split away from the Neanderthals sometime between 470,000 and 190,000 years ago. They were named the Denisovans – a reference to the Denisova cave in Siberia, where the finger bone fragment was found.

Later, Denisovan DNA turned up in two teeth recovered from the cave. Now, Viviane Slon at the Max Planck Institute for Evolutionary Anthropology in Leipzig, Germany, and her colleagues have added a worn milk tooth lost by a girl aged 10 to 12 years old. 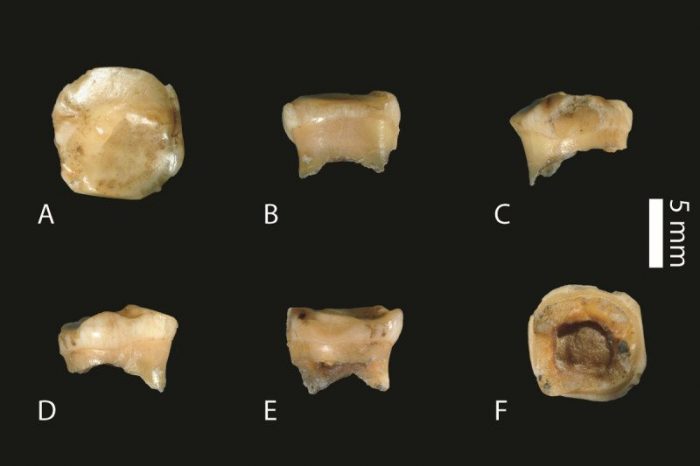 Unearthed in the Denisova cave in 1984, the tooth (pictured above) came from a geological layer formed between 227,000 and 128,000 years ago, making it potentially the oldest of the four specimens. DNA analysis supports the idea: some of the genetic features seen in the other three specimens are absent, consistent with those features being later mutations.

Judging by the accepted rate of mutation build-up, the girl probably lived 20,000 to 40,000 years earlier than any of the three previously known Denisovans.

Despite these differences, the DNA in the new specimen is remarkably similar to that extracted from the three younger fossils. This fits with the idea that the Denisovan population was small and had a low genetic diversity throughout its long history. Slon says it’s still difficult to confirm this idea, though, because so little original DNA could be recovered from the tooth – only about 1.5 per cent of the nuclear genome.

“To really investigate the genetic diversity of this group across space and time, we would need to reconstruct full genomes from additional individuals,” she says.

This means Slon and other geneticists are eager to find Denisovan DNA in fossils found elsewhere in east Asia. There is a good chance that the Denisovans were reasonably widespread across the region: some modern human populations in East Asia and Oceania possess chunks of Denisovan DNA, suggesting the Denisovans interbred with modern humans who arrived later on.

But, for the moment, the details are frustratingly sparse. “We really know nothing so far about the Denisovan range,” says Chris Stringer at the Natural History Museum in London.

Stringer suspects that the population that occupied the Denisova cave might have been unusual. The cave has also yielded some fossil material containing Neanderthal DNA – but like the Denisovan DNA, it shows signs of having come from a small, potentially inbred population.

“This does suggest that these populations of Neanderthals and Denisovans were present in small numbers at the very edges of their species’ ranges,” says Stringer: most Neanderthals lived much further west of the Denisova cave, most Denisovans probably much further east. There is also evidence that members of our species, Homo sapiens, occupied the cave in prehistoric times.

But with the analysis of the fourth Denisovan specimen, researchers might have squeezed all the genetic information they can from the cave fossils. “I am not aware of any hominin fossils that have not been [DNA] tested,” says Slon. “Ongoing excavations at the site will hopefully lead to new discoveries.”