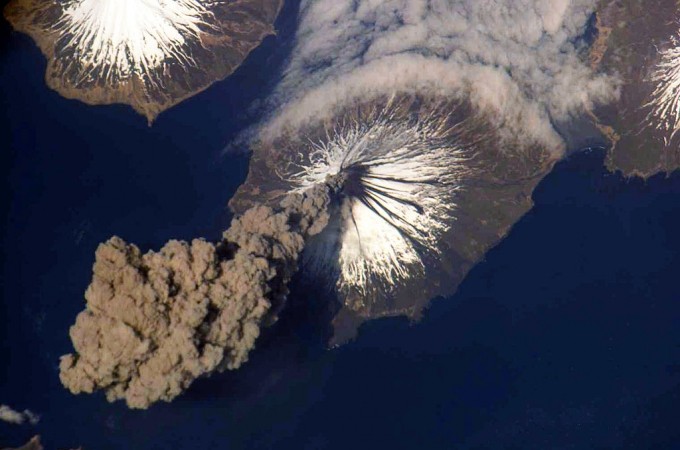 Explosion Of Alaska’s Pavlof Volcano Imminent, According To Scientists

The Alaska Volcano Observatory has raised their alert level for the explosion of the famed Pavlof Volcano. Located on the southwestern end of the Alaska Peninsula, it is currently the most active volcano in Alaska with over 40 eruptions recorded.

Erupting both in March and in May, the observatory noted that the next explosion is imminent — if it won’t erupt now, it is bound to do so by the end of the year. In a statement via the Morning Ticker, the scientists said, “Unrest has returned to Pavlof Volcano this week. In the past 24 hours, seismicity increased and minor steam emissions were observed in the web camera.” The AVO raised the color code of the volcano to Yellow, and the Alert Level to Advisory.

Robert McGimsey, a research geologist at the AVO told ADN, “What that means is the volcano has moved from its normal non-eruptive activity to a level unrest, where it could erupt. It could do nothing.”

Due to its volatile nature, it can erupt with little to no warning — and previous eruptions sent ash clouds spreading across hundreds of miles and up to the atmosphere. The May eruption even triggered the “red” alert — the highest of the four levels as noted by AVO. Seismic activity at Pavlof has increased, with minor steam emissions now observed from its peak.

The volcano’s eruption has caused a lot of damage, not only in Alaska, but even in jets as well — during one of its explosions, the ash rose 49,000 feet above sea level, and posed a serious risk to passenger jets that flew over the area.

According to Tech Times, this is because when heat melts the ash, it turns into hard glass that clogs and destroys machinery that powers the craft. Due to this, it is important that AVO keep on updating its status, especially if there is a need for evacuation — the stratovolcano sits less that 600 miles outside of Anchorage.