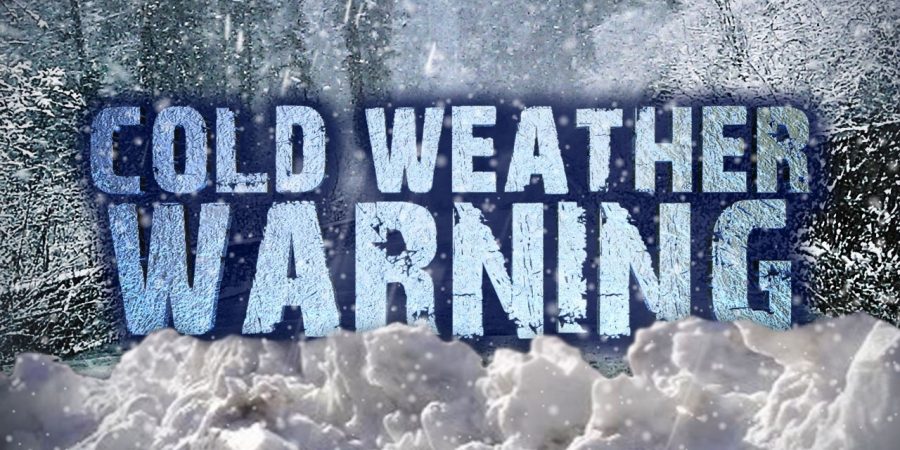 Extreme Cold Warning for more than 50 locations (See link below)

Cold Arctic air has settled over the Yoho-Kootenay Park region. The cold temperatures in combination with light winds have generated wind chills below minus 35 degree Celsius (-31 F). With no warming trend in sight, these wind chills are expected to persist at least into the end of the week.

Northern areas: An arctic ridge of high pressure over the BC interior will continue to give strong outflow winds through the mainland inlets and valleys of the central and north coast. The strong winds combined with low temperatures will give wind chill values near minus 20 C (-4 F).

The Arctic outflow conditions will persist through Friday.

Southern areas: A strengthening arctic ridge of high pressure over the B.C. interior will continue to bring strong outflow winds over Howe Sound, Whistler and the eastern Fraser Valley tonight. The combination of strong winds and low temperatures will cause wind chill values to drop to near minus 20 degrees Celsius and persist through Friday morning.

Snowfall warnings for the Bonavista North, Bonavista Peninsula, Clarenville and vicinity, Gander and vicinity and Terra Nova regions, with amounts to 15 cm (5.9″).

Wind chill values near minus 50 C (-58 F) will persist until late Friday morning.

(Also nt26 in the address link for the South Delta warning)

Blizzard warning in effect for Paulatuk and Ulukhaktok regions

Blizzard conditions with poor visibility in snow and blowing snow expected to develop overnight in Ulukhaktok and Friday morning in Paulatuk.

Blizzard conditions with westerly winds of 50 gusting to 80 km/h (31.1 to 49.7 mph) will begin in Ulukhaktok overnight. Winds will diminish late Friday afternoon and visibilities will improve.

Blizzard conditions with southerly winds of 70 gusting to 90 km/h (43.5 to 55.9 mph) will begin in Paulatuk Friday morning. Winds will diminish Friday evening and visibilities will improve.

(Also nt12 in the address link for the Ulukhaktok warning)

Snow squall warnings (see links below for more than 50 locations) Amounts up to 25 cm (9.8″) during the passage of a cold front.

Snow squall warnings for the Lac-Etchemin area and Sainte-Marie-de-Beauce area regions. No amounts given.

A prolonged period of very cold wind chills is expected.

An arctic ridge has built over the Yukon and will gradually weaken on Friday. Consequently very cold air will reside over the northern Yukon tonight and through Friday. The combination of these winds with temperatures in the low minus forties (Celsius) in low lying areas will allow wind chill values to fall below minus 50 C (-58 F) tonight. The extreme cold is expected to persist into Friday evening.

Thanks to Terry Homeniuk for these links