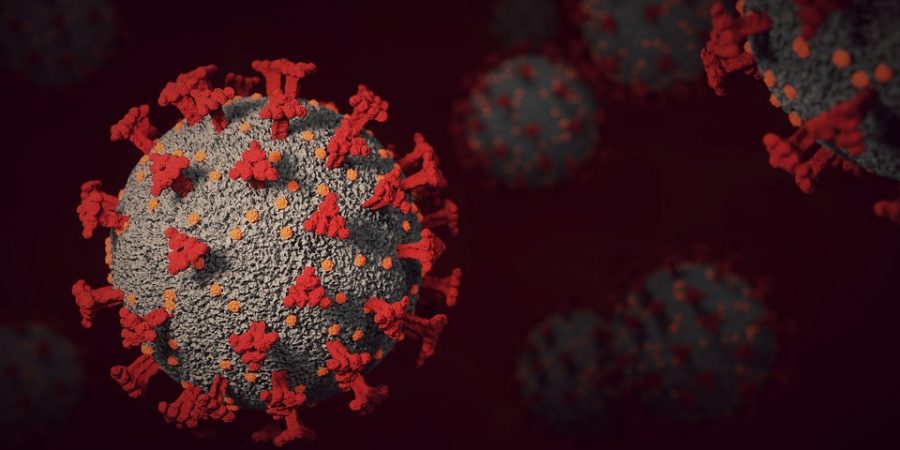 “Scientists are also closely watching other subvariants of Omicron that appear to be spreading around the world.”

by Svetlana Ekimenko
via Sputniknews
Image by Daniel Roberts – Pixabay

As COVID-19 cases and hospitalisations are once more on the rise in most states across America, scientists have been waning of new variants of the Omicron strain that are starting to dominate transmissions.

With average daily hospitalisations in the US up about 10 percent since last week, according the US Department of Health and Human Services, a new Omicron variant, first identified by New York state health officials in April, appears to be responsible.

A subvariant of Omicron BA.2, the newly-emerged BA.2.12.1 is estimated by the CDC to account at present for nearly 37 percent of all coronavirus cases across the US.

Its predecessor, BA.2, was responsible for about 62 percent of all COVID-19 cases the previous week. The week before, it had been behind 70 percent of the cases.

Cases have increased by more than 50 percent compared with the previous week in the states of Washington, Mississippi, Georgia, Maine, Hawaii, South Dakota, Nevada and Montana.

The developments have prompted the US Centers for Disease Control and Prevention increasingly to recommend wearing masks indoors in such “high-risk” areas.

Scientists are also closely watching other subvariants of Omicron that appear to be spreading around the world.

South Africa has witnessed a steep upward trend in COVID-19 cases in the past two weeks, with scientists focusing on two relatively new subvariants, BA.4 and BA.5.

Together, these two variants accounted for almost 60 percent of all new coronavirus cases by the end of April, according to South Africa’s National Institute of Communicable Diseases.

Scientists have been warning that BA.4 and BA.5 are increasingly gaining ground because they are able to dodge the antibodies generated by infections caused by the first Omicron strain, BA.1.

The original Omicron variant had been behind the massive wave of infections that hit many countries in December and January.

According to a new study by a team from the Africa Health Research Institute in South Africa – yet to be peer reviewed – these new subvariants can cause infection in people who have been vaccinated and had breakthrough BA.1 infections.

The researchers tested the ability of antibodies in blood to disable BA.4 and BA.5 viruses in a lab.

In people who were unvaccinated but recently recovered from a BA.1 infection, there was a more than seven-fold drop in the ability of their antibodies to neutralise BA.4 and BA.5 viruses, according to researchers in South Africa.

In the case of those who have been vaccinated but had recently had a breakthrough infection caused by BA.1, the ability of the antibodies to neutralise the virus variants in question was threefold lower.

Omicron BA.4 & BA.5 were recently designated lineages of Omicron. Bayesian phylogenetic methods
revealed that BA.4 and BA.5 are distinct from other Omicron lineages. BA.4 and BA.5 are
estimated to have originated in mid-December 2021 and early January 2022, respectively. pic.twitter.com/MliJ0Q0QkY

The authors of the study wrote that “BA.4 and BA.5 have the potential to result in a new infection wave,” underscoring the need for further COVID-19 inoculations and booster shots.

“Our conclusions from this are, first, that Omicron by itself is not a great vaccine, right? Just because you were infected does not mean you have a lot of protection from what’s coming next,” said Alex Sigal, a virologist at the Africa Health Research Institute who led the study.

In response to the findings, cardiologist Dr Eric Topol, founder and director of the Scripps Research Translational Institute, was cited by CNN as saying:

“That drop-off of immune escape or immune evasion was pronounced in people who were unvaccinated,” Topol said, pointing out that only about one in three people in South Africa have been vaccinated against Covid-19.

For those who are vaccinated, “those people are also not as bad, but they also have to face BA.4 and BA.5 with less solid neutralising antibody response,” he said, adding that in the US they had BA.2.12.1 to deal with.