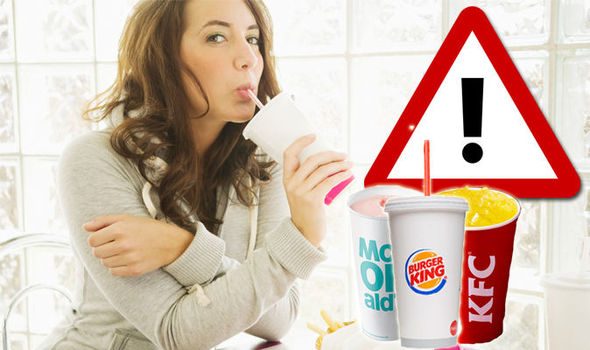 An undercover investigation by a BBC consumer program has revealed that ice used in beverages in McDonald’s, Burger King and KFC in the UK contains fecal bacteria.

Experts from the program “Watchdog” tested ten samples at each of the chains for traces of “fecal coliform” that is found in human and animal feces and cause a number of diseases.

The fast food chains were quick to respond to the findings.

“We are shocked and extremely disappointed by these results. We have strict procedures for the management and handling of ice, including daily and weekly inspections and cleaning of the ice machine and storage holds, as well as the routine testing of ice quality across our business,” a KFC spokesman said in response.

“Cleanliness and hygiene are a top priority for the Burger King brand. The strict procedures we have in place are designed to ensure all guests have a positive experience each time they visit our restaurants,” according to Burger King.

“We have robust procedures in place with regard to the production, storage, and handling of ice in our UK restaurants. Nothing is more important than the safety of our customers and people, and we will continue to review our procedures and training, working closely with our restaurant teams to ensure those procedures are adhered to at all times,” a McDonald’s spokesman told CNBC.

The Department for Environment, Food & Rural Affairs (DEFRA), a UK government body responsible for control of water standards, says coliform bacteria should not be present in any water used by people.

The findings are worrying, the experts say.

“You have to look at the people making the ice, handling the ice, which they then transfer into customers’ drinks. And then you also have to look at hygiene failure with potentially the machines themselves: are they being kept clean?” said Tony Lewis, head of policy and education at the Chartered Institute of Environmental Health, as quoted by the Liverpool Echo.