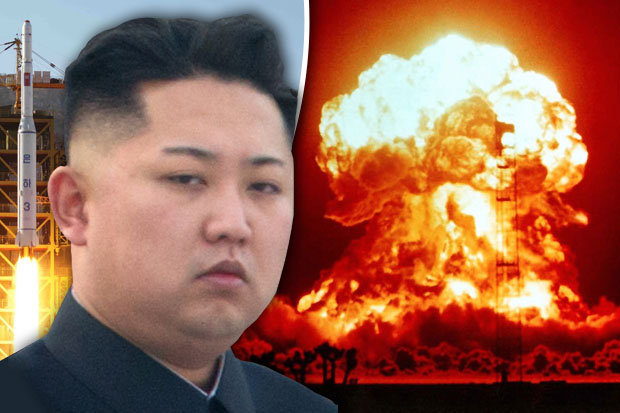 A chilling pamphlet has been issued by the Japanese government preparing its citizens for a deadly nuclear attack.

The online booklet, issued by the Cabinet Secretariat, comes after North Korean dictator promised to turn Japan “to debris”.

Entitled Protecting Ourselves against Armed Attacks and Terrorism, it gives advice on how to survive the aftermath of a nuclear attack in a Japanese city.

It begins: “Should an armed attack or terrorism against Japan from the outside occur, the Government of Japan will address the situation in cooperation with prefectural and municipal governments.

“However, it is extremely difficult to anticipate when, where and how such a situation may occur. 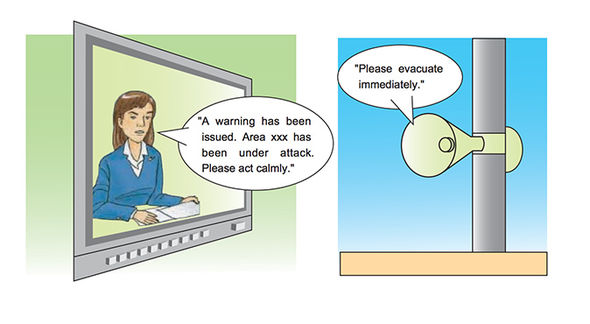 The pamphlet portrayed a hypothetical nuclear attack in Japan

“If people actually encounter such a situation and fall into a state of confusion, this might delay response measures and create new dangers, multiplying the damage.”

While the pamphlet gives information on land invasions and ballistic attacks, it also contains a special section on what Japanese citizens should do in the case of a nuclear attack.

It advised against looking at the flash or fireball from the nuclear explosion “as you may lose your eyesight”.

It also recommended hiding behind a shielding object before seeking shelter in an underground or concrete building.

It said: “Close the windows, seal them up, and then move to a room with no windows.

“Once you are indoors, take off your clothes to remove contamination from your body, put the clothes in a plastic bag or container, and seal it. Then, soap your hands, face, and body well.” 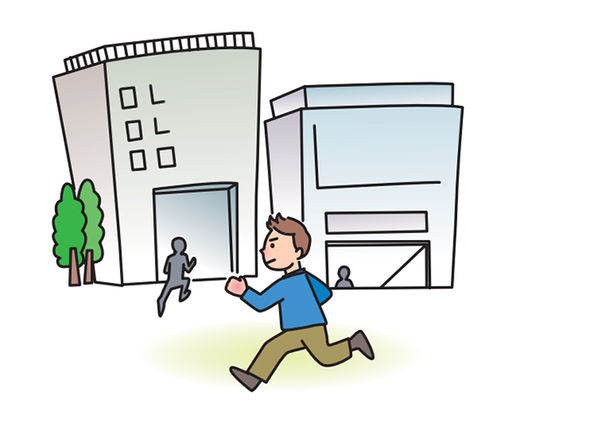 The pamphlet advised citizens on what to do during an attack

While not explicitly named in the pamphlet, the biggest nuclear threat faced by Japan is North Korea.

Earlier this year maverick despot Kim Jong-un sparked fears for WW3 when he threatened to reduce Japan “to debris”.

Pyongyang-based newspaper Rodong Sinmun, which is the official publication for the hermit state’s one-party government, said: “In case the Japanese reactionaries kick off their re-invasion, the whole land of Japan will be reduced to debris in a moment.

“The Japanese reactionaries would be well advised to stop behaving recklessly.”