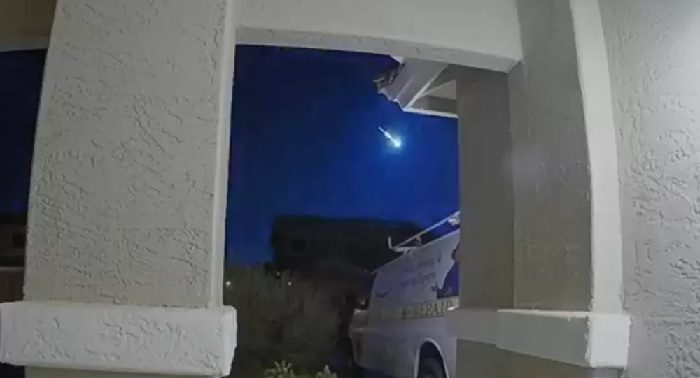 A dashcam belonging to a resident of Tucson, Arizona, captured clear footage of a possible meteor streaking through the morning sky earlier this week – adding to the growing number of reported events in the state.

YouTuber S Paris reported on Wednesday that he had observed a bright object falling through the sky around 5:35 a.m. local time that day while driving in southeast Tucson.

Paris was not the only individual to capture the event, according to the American Meteor Society (AMS). The nonprofit organization’s website notes at least 64 reports for the February 26 event from Arizona, New Mexico, Nevada, California and Utah.
A number of other individuals were able to capture the fireball event on their home surveillance systems.

Earlier this month, locals in northern Arizona reported a loud booming sound and many also claimed they saw something streaking in the sky, the Associated Press reported on February 16.

“The sonic boom created a 3.1 reading on the Richter scale, so that’s a fairly sizable event,” he added.

According to the AMS, residents in the state of Arizona have viewed and reported five separate events in February alone and a total of seven substantive events since 2020 began. The February 16 event in particular had a total of 77 reports from Arizona residents – the most out of the seven events.