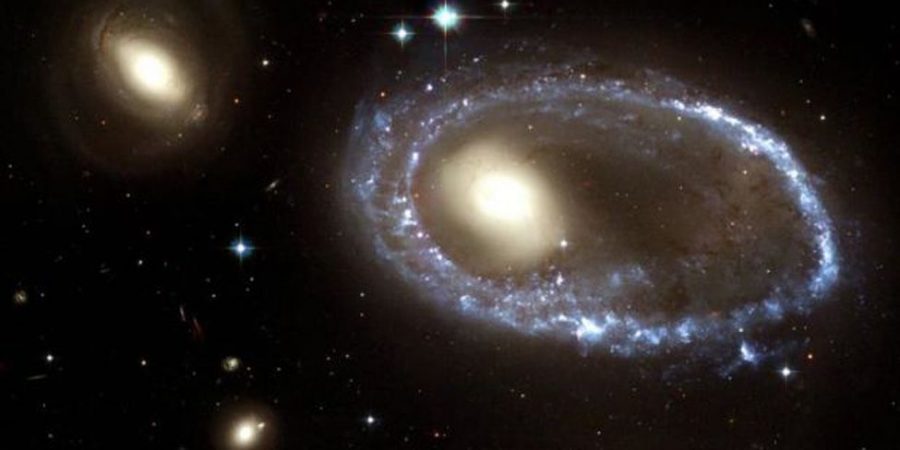 First Ever Discovery of Planets In Another Galaxy

So just to be clear this is a discovery of planets outside of our Milky Way galaxy, all of the other numerous planets that have been discovered previously were always still within our own galaxy.

Here is a cluster of galaxies for illustration purposes (not our actual galaxy):

Quite an achievement I would say.

via University of Oklahoma: 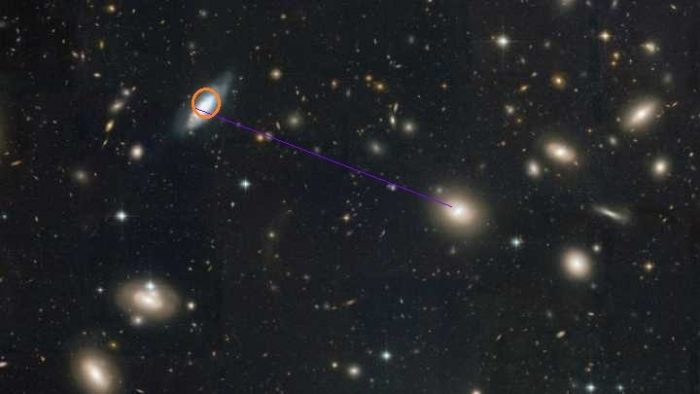 Norman – A University of Oklahoma astrophysics team has discovered for the first time a population of planets beyond the Milky Way galaxy. Using microlensing-an astronomical phenomenon and the only known method capable of discovering planets at truly great distances from the Earth among other detection techniques-OU researchers were able to detect objects in extragalactic galaxies that range from the mass of the Moon to the mass of Jupiter.

Xinyu Dai, professor in the Homer L. Dodge Department of Physics and Astronomy, OU College of Arts and Sciences, with OU postdoctoral researcher Eduardo Guerras, made the discovery with data from the National Aeronautics and Space Administration’s Chandra X-ray Observatory, a telescope in space that is controlled by the Smithsonian Astrophysical Observatory.

“We are very excited about this discovery. This is the first time anyone has discovered planets outside our galaxy,” said Dai. “These small planets are the best candidate for the signature we observed in this study using the microlensing technique. We analyzed the high frequency of the signature by modeling the data to determine the mass.”

While planets are often discovered within the Milky Way using microlensing, the gravitational effect of even small objects can create high magnification leading to a signature that can be modeled and explained in extragalactic galaxies. Until this study, there has been no evidence of planets in other galaxies.

“This is an example of how powerful the techniques of analysis of extragalactic microlensing can be. This galaxy is located 3.8 billion light years away, and there is not the slightest chance of observing these planets directly, not even with the best telescope one can imagine in a science fiction scenario,” said Guerras. “However, we are able to study them, unveil their presence and even have an idea of their masses. This is very cool science.”

For this study, OU researchers used the NASA Chandra X-ray Observatory at the Smithsonian Astrophysical Observatory. The microlensing models were calculated at the OU Supercomputing Center for Education and Research.

A paper, “Probing Planets in Extragalactic Galaxies Using Quasar Microlensing,” by Dai and Guerras on this study has been published in the Astrophysical Journal Letters. For more information about this research, contact OU Professor Dai at [email protected] 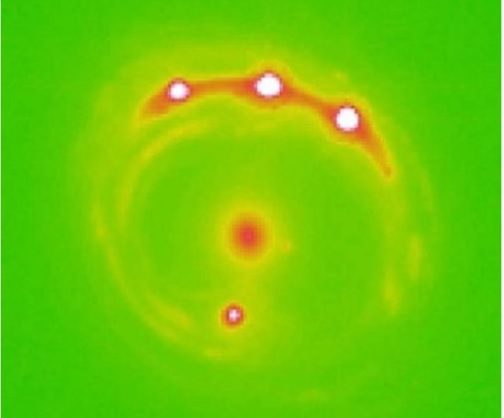