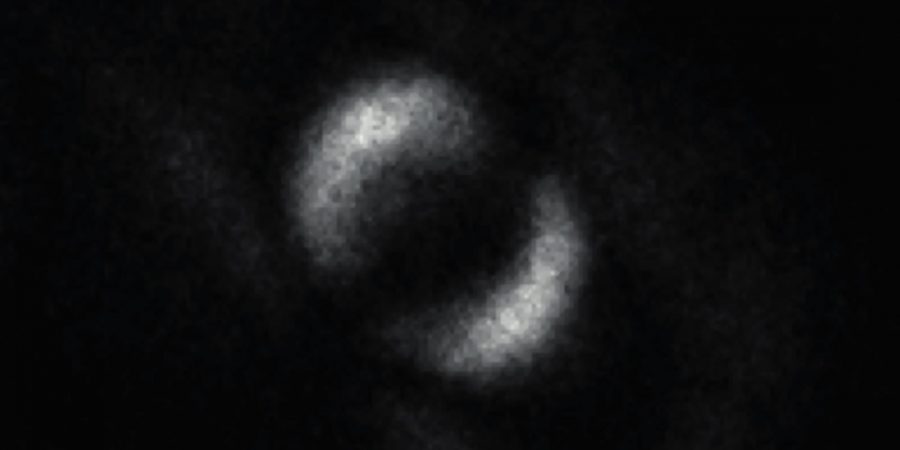 For the first time ever, physicists have managed to take a photo of a strong form of quantum entanglement called Bell entanglement—capturing visual evidence of an elusive phenomenon which a baffled Albert Einstein once called ‘spooky action at a distance’.

Two particles which interact with each other—like two photons passing through a beam splitter, for example—can sometimes remain connected, instantaneously sharing their physical states no matter how great the distance which separates them. This connection is known as quantum entanglement, and it underpins the field of quantum mechanics.

Einstein thought quantum mechanics was ‘spooky’ because of the instantaneousness of the apparent remote interaction between two entangled particles, which seemed incompatible with elements of his special theory of relativity.

Later, Sir John Bell formalised this concept of nonlocal interaction describing a strong form of entanglement exhibiting this spookiness. Today, while Bell entanglement is being harnessed in practical applications like quantum computing and cryptography, it has never been captured in a single image.

In a paper published today in the journal Science Advances, a team of physicists from the University of Glasgow describe how they have made Einstein’s spookiness visible in an image for the first time.

They devised a system which fires a stream of entangled photons from a quantum source of light at ‘non-conventional objects’ – displayed on liquid-crystals materials which change the phase of the photons as they pass through.

They set up a super-sensitive camera capable of detecting single photons which would only take an image when it caught sight of both one photon and its entangled ‘twin’, creating a visible record of the entanglement of the photons. 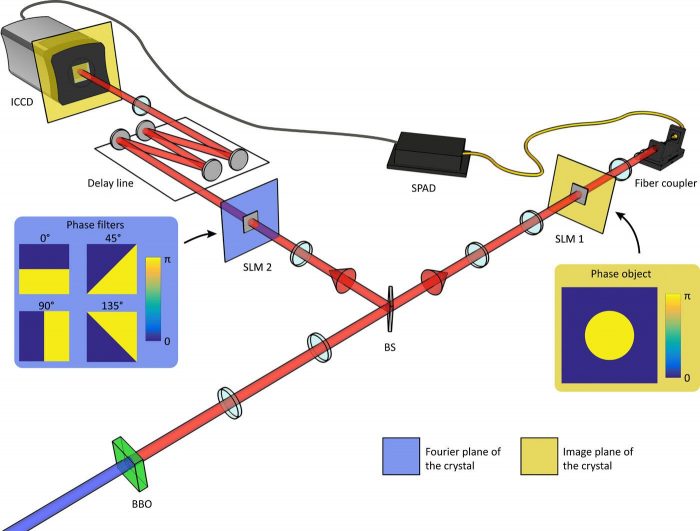 Imaging setup to perform a Bell inequality test in images. A BBO crystal pumped by an ultraviolet laser is used as a source of entangled photon pairs. The two photons are separated on a beam splitter (BS). An intensified camera triggered by a SPAD is used to acquire ghost images of a phase object placed on the path of the first photon and nonlocally filtered by four different spatial filters that can be displayed on an SLM (SLM 2) placed in the other arm. By being triggered by the SPAD, the camera acquires coincidence images that can be used to perform a Bell test. Credit: Science Advances (2019). DOI: 10.1126/sciadv.aaw2563

Dr. Paul-Antoine Moreau of the University of Glasgow’s School of Physics and Astronomy is the paper’s lead author. Dr. Moreau said: “The image we’ve managed to capture is an elegant demonstration of a fundamental property of nature, seen for the very first time in the form of an image.

“It’s an exciting result which could be used to advance the emerging field of quantum computing and lead to new types of imaging.”