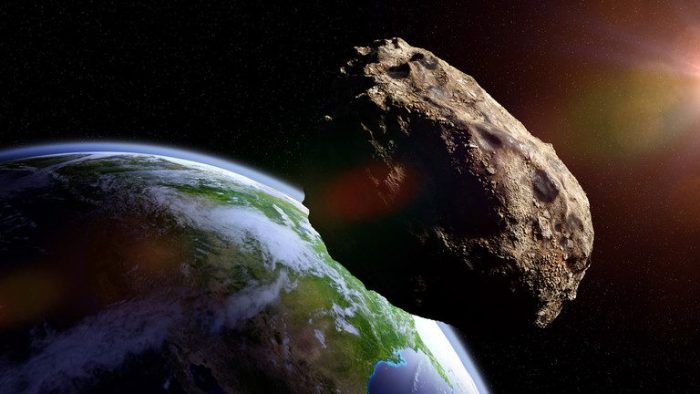 NASA is sounding the alarm over several incoming space rocks, one of which passed within a third of the distance between the Earth and the moon on Tuesday.

Asteroid 2009 PQ1, measuring 110 meters in diameter, came within 4.1 million kilometers of Earth. This will be followed just days later by asteroid 2020 OL4 (diameter: 37m) at a distance of 3.6 million km, on Saturday August 8.

But wait, there’s more! The end of August will see another flurry of asteroidal activity, with three space rocks, ranging in size from a family car to a passenger plane, will skim past us. 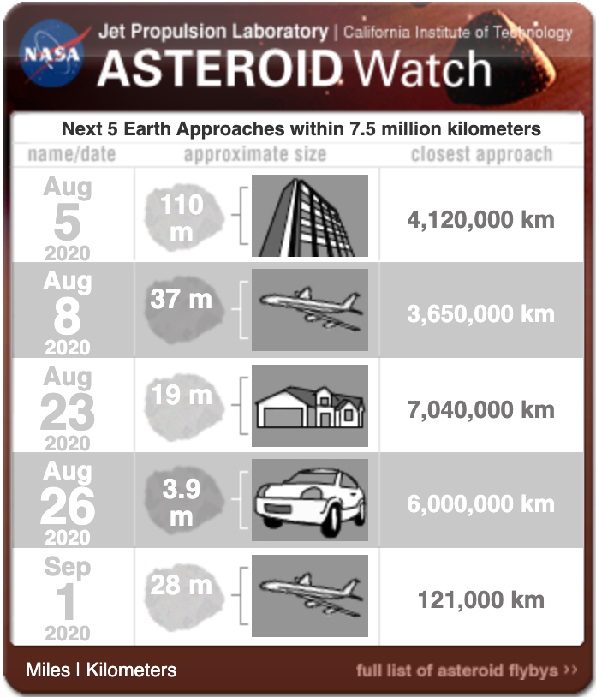 However, on September 1, 2011 ES4 (28m) will pass between us and the moon at a risky 121,000 kilometers, or roughly a third of the distance between us and the moon (384,400 km). Too close for comfort, by many people’s standards, but still far enough away that it is unlikely to impact the orbit of any man-made satellites in High Earth Orbit (35,786 km and beyond).

These close flybys serve as yet another reminder that our planetary defenses need to be bolstered, ahead of more serious threats in future, for example Asteroid 29075 1950.

According to previous simulations by scientists at the University of California, Santa Cruz (USCS), if 29075 1950 were to strike Earth, it could generate tsunami waves 120m high across the Atlantic, obliterating the eastern seaboard of the US and wreaking havoc across the pond as well.

The one-kilometer-wide Near-Earth Object (NEO) and Potentially Hazardous Asteroid (PHA) has a roughly one-in-300 probability of striking Earth on March 16, 2880.

Researchers narrowed down a possible impact site that most closely aligned with Earth’s rotational position at the time of the potential impact, 360 miles off the coast of the US in the Atlantic ocean.

Were it to hit, it would generate a 60,000-megaton blast, blowing a cavity 17 kilometers across in the seafloor 4.8 km below the surface of the ocean.

It would take roughly eight hours for the tsunami waves to reach Europe, by which point they would dissipate to just 15 meters in height.

NASA calculates that 29075 1950 has a 50 percent higher risk of impact than the next greatest threat between now and the year 3000.

However, calculations are being updated all the time, with the latest round to be conducted after the rock’s next flyby on February 5, 2021. We can only hope that future generations will be better prepared to fight off the space-rock scourge, or that they won’t need to at all.