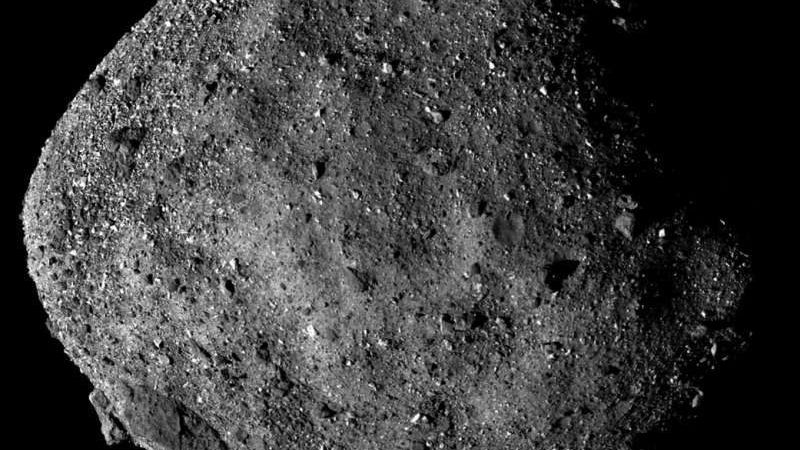 For the First Time Sugars Have Been Detected in Meteorites, May Give Clues to Origin of Life

An international team has found sugars essential to life in meteorites. The new discovery adds to the growing list of biologically important compounds that have been found in meteorites, supporting the hypothesis that chemical reactions in asteroids — the parent bodies of many meteorites — can make some of life’s ingredients. If correct, meteorite bombardment on ancient Earth may have assisted the origin of life with a supply of life’s building blocks.

The team discovered ribose and other bio-essential sugars including arabinose and xylose in two different meteorites that are rich in carbon, NWA 801 (type CR2) and Murchison (type CM2). Ribose is a crucial component of RNA (ribonucleic acid). In much of modern life, RNA serves as a messenger molecule, copying genetic instructions from the DNA molecule (deoxyribonucleic acid) and delivering them to molecular factories within the cell called ribosomes that read the RNA to build specific proteins needed to carry out life processes.

“Other important building blocks of life have been found in meteorites previously, including amino acids (components of proteins) and nucleobases (components of DNA and RNA), but sugars have been a missing piece among the major building blocks of life,” said Yoshihiro Furukawa of Tohoku University, Japan, lead author of the study published in the Proceedings of the National Academy of Sciences November 18. “The research provides the first direct evidence of ribose in space and the delivery of the sugar to Earth. The extraterrestrial sugar might have contributed to the formation of RNA on the prebiotic Earth which possibly led to the origin of life.” 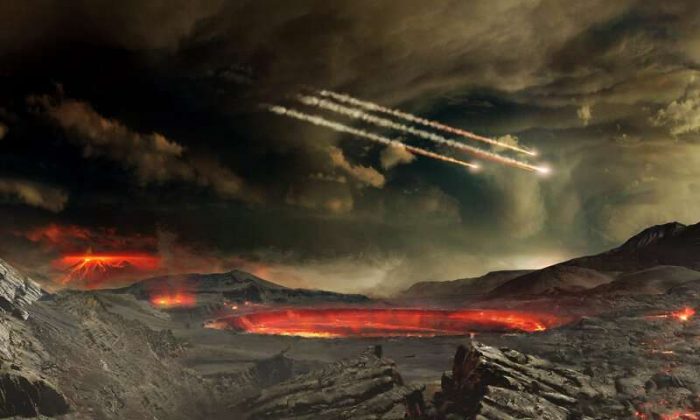 “It is remarkable that a molecule as fragile as ribose could be detected in such ancient material,” said Jason Dworkin, a co-author of the study at NASA’s Goddard Space Flight Center in Greenbelt, Maryland. “These results will help guide our analyses of pristine samples from primitive asteroids Ryugu and Bennu, to be returned by the Japan Aerospace Exploration Agency’s Hayabusa2 and NASA’s OSIRIS-REx spacecraft.”

An enduring mystery regarding the origin of life is how biology could have arisen from non-biological chemical processes. DNA is the template for life, carrying the instructions for how to build and operate a living organism. However, RNA also carries information, and many researchers think it evolved first and was later replaced by DNA. This is because RNA molecules have capabilities that DNA lacks. RNA can make copies of itself without “help” from other molecules, and it can also initiate or speed up chemical reactions as a catalyst. The new work gives some evidence to support the possibility that RNA coordinated the machinery of life before DNA.

“The sugar in DNA (2-deoxyribose) was not detected in any of the meteorites analyzed in this study,” said Danny Glavin, a co-author of the study at NASA Goddard. “This is important since there could have been a delivery bias of extraterrestrial ribose to the early Earth which is consistent with the hypothesis that RNA evolved first.” 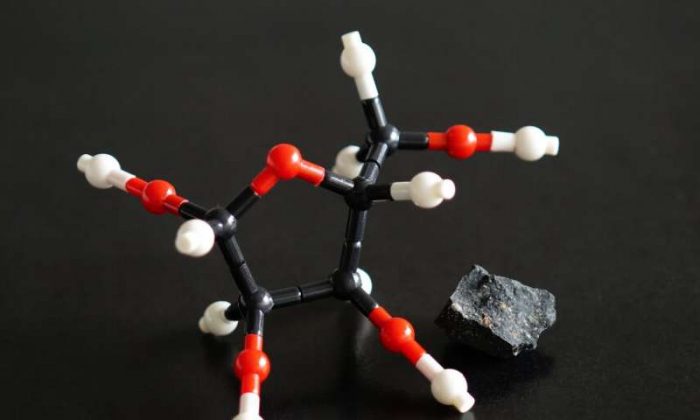 This is a model of the molecular structure of ribose and an image of the Murchison meteorite. Ribose and other sugars were found in this meteorite. Credit: Yoshihiro Furukawa

The team discovered the sugars by analyzing powdered samples of the meteorites using gas chromatography mass spectrometry, which sorts and identifies molecules by their mass and electric charge. They found that the abundances of ribose and the other sugars ranged from 2.3 to 11 parts per billion in NWA 801 and from 6.7 to 180 parts per billion in Murchison.

Since Earth is awash with life, the team had to consider the possibility that the sugars in the meteorites simply came from contamination by terrestrial life. Multiple lines of evidence indicate contamination is unlikely, including isotope analysis. Isotopes are versions of an element with different mass due to the number of neutrons in the atomic nucleus. For example, life on Earth prefers to use the lighter variety of carbon (12C) over the heavier version (13C). However, the carbon in the meteorite sugars was significantly enriched in the heavy 13C, beyond the amount seen in terrestrial biology, supporting the conclusion that it came from space.

The team plans to analyze more meteorites to get a better idea of the abundance of the extraterrestrial sugars. They also plan to see if the extraterrestrial sugar molecules have a left-handed or right-handed bias. Some molecules come in two varieties that are mirror images of each other, like your hands. On Earth, life uses left-handed amino acids and right-handed sugars. Since it’s possible that the opposite would work fine—right-handed amino acids and left-handed sugars—scientists want to know where this preference came from. If some process in asteroids favors the production of one variety over the other, then maybe the supply from space via meteorite impacts made that variety more abundant on ancient Earth, which made it more likely that life would end up using it.

Journal information: Proceedings of the National Academy of Sciences