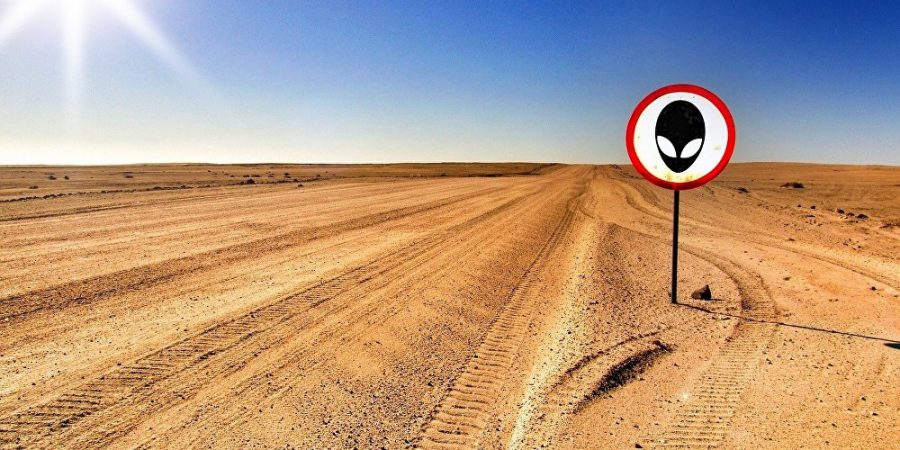 The former spokesperson of the US Air Force’s notorious UFO investigation bureau, Project Blue Book, is demanding the Pentagon make public any evidence it has about aliens having visited Earth.

In 1969, Shea announced the end of Project Blue Book, declaring that the USAF’s over 12,000 UFO reports amounted to nothing — no threat to national security, no sign of advanced technology and definitely no evidence that UFOs were craft from outer space. After that, the Air Force washed it hands of the matter, publicly maintaining it had no further interest in the phenomenon, Politico reported.

However, the investigation didn’t end. The New York Times dropped a bombshell expose last December revealing that another UFO investigation program under Defense Intelligence Agency (DIA) auspices had been functioning as recently as 2012.

The Advanced Aviation Threat Identification Program (AATIP) began its work in 2009 with an annual budget of $22 million. A spokesperson for Pentagon, Dana White, told Politico that AATIP “ended in the 2012 time frame. It was determined that there were other, higher priority issues that merited funding and it was in the best interest of the DoD to make a change.”

However, the project’s former head, Luis Elizondo, maintains the project never actually stopped and that he continued to head that program until October 2017, when he resigned due to internal pressures that hampered the organization’s functioning, Space.com reported.

The NYT’s December expose reported that space technology startup Bigelow Aerospace had been storing material recovered from “unidentified aerial phenomena” at its Las Vegas facilities, as part of AATIP.

“I would believe if I saw some evidence that showed we were visited by alien spacecraft, but there hasn’t been evidence to my mind of such,” Shea told WTOP.

It’s not just a question of vindicating the tinfoil hats of conspiracy theorists, either: a failure to disclose evidence or explain observed phenomena could be a PR disaster for the Air Force. It nearly was in the 1950s, which is why a position like Shea’s was created.

In 1947 the USAF, even before being structurally separated from the US Army (which happened later that year) as the postwar alliance began to break down into the military confrontations of the Cold War, almost immediately found itself investigating reports of screwy lights in the sky. In 1948, the USAF began the first of many projects to investigate UFOs, Project Sign. Project Grudge and Project Blue Book followed, each mostly concerned with explaining the phenomena people reported. “In those early days, any explanation of a sensational case seemed preferable to the Air Force than simply saying, ‘We don’t know at this point, the case is still under investigation,'” Shea said.

“The Air Force, ignoring public opinion on the subject, failed to communicate its conviction that UFOs were no cause for alarm and consequently was unable to convince the American public that what it was saying about UFOs was true,” Shea said. “As a result the Air Force’s integrity and credibility as a fighting force was seriously questioned.”

The other major concern was that the Soviet Union was testing advanced new technology that would leave the US in the dust and turn the tide of the global confrontation in favor of communism.

The latter concern remained through the years after Shea declared Project Blue Book closed, and it also served as the driving force behind AATIP.

“Was this China or Russia trying to do something or has some propulsion system we are not familiar with?” a former staffer told Politico on condition of anonymity.

The Pentagon’s different UFO projects over the years have compiled tens of thousands of cases, and while most of them were explainable, about 5 percent remain unexplained. “Does that mean they were spacecraft from another civilization?” Shea said. “No, not necessarily. It just means there was not enough data to verify what they were. So that’s the problem.”

The story doesn’t change with AATIP, either. Elizondo told CNN after he resigned last October “that there is very compelling evidence that we may not be alone.” He described craft studied by the program as “displaying characteristics that are not currently within the US inventory nor in any foreign inventory that we are aware of.”

However, Alejandro Rojas, spokesperson for the Scientific Coalition for Ufology, cautioned in an interview with Space.com, “Remember, the ‘U’ is for unidentified, not alien.”

Rojas has echoed Shea’s calls for the Pentagon and Bigelow to fork over whatever they’ve got squirrelled away in Nevada.

“We don’t know what these things are,” Rojas said, referring to UFOs. “Just because we get uncomfortable with the idea of aliens does not mean we should not investigate when the people who pilot our most advanced technology say they encounter something that outclasses their aircraft. It would be highly negligent not to investigate.”