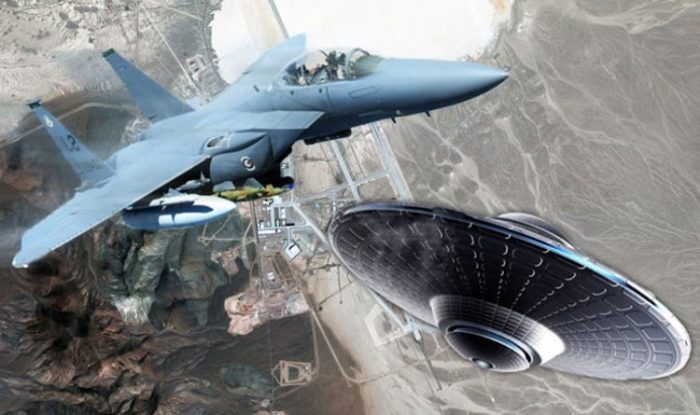 The man who headed-up a top-secret Pentagon real-life X-Files probe into UFOs says there is more compelling video footage to come.

Luis Elizondo led the US Department of Defense Advance Aerial Threat Identification Program (AATIP) which ran from 2007 to 2012 at a cost of £16 million.

In October, after resigning from the department to join a UFO research group he was behind the release of two videos caught on US Navy pilot radar cameras.

He pointed out that the “inexplicable craft” moved in ways which defied physics.

One of the military radar videos was filmed off the coast of San Diego in November 2004 by US Navy pilots who described seeing several while UFOs shaped like the sweet Tic-Tacs.

The case became known as the Nimitz UFO incident.

However, the video has since been branded a wrongly identified plane by several skeptics – prompting Mr Elizondo to reveal there is more to come, including video recordings of encounters with “unknown technology that is far more advanced than anything in the US military.”

Speaking about his former role, he said: “It was in this position that I learned the phenomena is indeed real.”

He said: “The Department of Defense made the decision to release them.

“Released at the unclassified level through the DOD, approved the release for exactly the reason why the request was made. So, it was completely on the up and up.”

He hit back at those who claimed they showed planes.

He added: “When he tells you, he’s seen something go from a near hover or something over the water going 450 knots and all of the sudden it takes off over the horizon in two seconds, you’d better believe he is telling you something he has seen.

“It frustrates me when someone says, oh, that’s an IR glare or IR fuzz, you know, that’s atmospheric conditions.

“You cannot lock radar onto, I’m sorry, it’s not atmospheric or IR fuzz.”

Investigators are said to have interviewed 18 witnesses to the Tic-Tac case, all declaring it “an unknown.”

Mr Elizondo added: “I think even more compelling, if this was a Tic-Tac we saw in 2004, that would have been extremely advanced technology and capabilities for 2004.

“I think everyone agrees it is considered extremely exotic technology today, let alone 2004 but these observations match with previous observations going well before that.

“The Nimitz is an example of one case, one of many that we looked at.

“When it continues to happen as a pattern, that’s when we get to the point where we’re increasingly concerned, because it is not an anomaly, now it’s a trend.”

He said about 24 other UFO videos are being declassified for release to the public in the coming months.